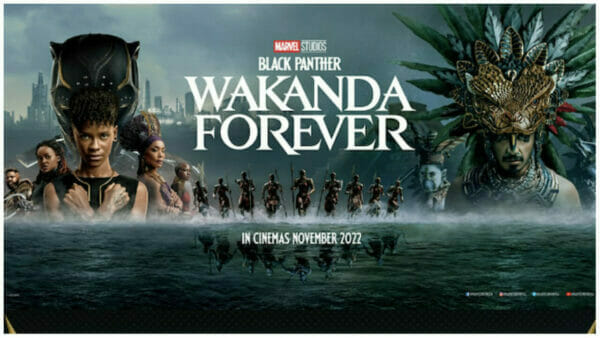 Black Panther: Wakanda Forever is a 2022 American superhero film based on the Marvel Comics character Black Panther. Produced by Marvel Studios and distributed by Walt Disney Studios Motion Pictures, it is the sequel to Black Panther (2018) and the 30th film in the Marvel Cinematic Universe (MCU). Directed by Ryan Coogler, who co-wrote the screenplay with Joe Robert Cole, the film stars Letitia Wright, Lupita Nyong’o, Danai Gurira, Winston Duke, Florence Kasumba, Dominique Thorne, Michaela Coel, Tenoch Huerta, Martin Freeman, Julia Louis-Dreyfus, and Angela Bassett. In the film, the leaders of Wakanda fight to protect their nation in the wake of King T’Challa’s death.

Check out our other Marvel reviews.