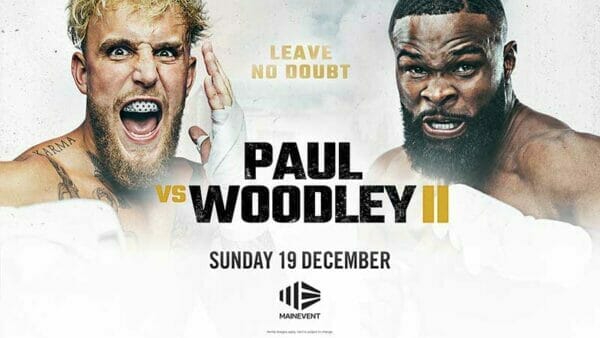 Jake Paul vs Tyron Woodley II billed as “Leave No Doubt”, is a professional boxing rematch contested between Jake Paul and Tyron Woodley. The bout took place on December 18, 2021, at the Amalie Arena in Tampa, Florida.

Tyron Woodley was selected to fight Jake Paul in a rematch after losing a split decision to him back in August. The rematch will be contested over eight rounds at a limit of 192 lbs under the cruiserweight division.