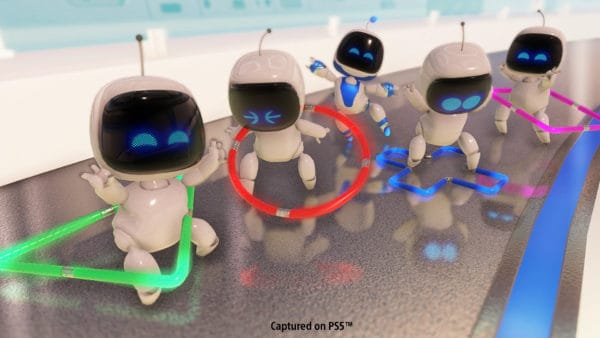 On this episode of Video Games 2 the MAX, hosts Sean Garmer and Marc Morrison are joined by Jens Dietrich and Randy Isbelle to discuss the PlayStation 5. Yes, next-gen has finally arrived. Of course, being a console launch means there are also all these games to talk about along with it.

Jens, Randy, and Marc all have the console and they describe the things they love the most about it. From the magical Dualsense controller to the updated graphics for older titles and beyond. Sean and Jens also found out that their Xbox Series X consoles are arriving by Tuesday too. So, we may have another show soon to discuss that console as well.

The guys also talk about the set up for the console, transferring saves from PS4 to PS5, and how buying cross-gen games can mean that you wind up playing the PS4 version on your PlayStation 5.

Speaking of games, there are a lot of them to go through. Astro’s Playroom gets a lot of love from everyone and why it deserves to be in the top games of 2020 discussion. Spider-Man: Miles Morales plays extremely well and looks great. While Marc also spent time with Call of Duty: Black Ops Cold War and Assassin’s Creed Valhalla. Jens is in love with the Demon’s Souls remake. Plus, Randy is struck by the oddity and absurdity of Bugsnax.

Sean and Jens also delve into quite a bit of Yakuza: Like A Dragon and Fuser. While Sean rounds things out with his feelings on The Falconeer and Kingdom Hearts: Melody of Memory.

Furthermore, there’s also news to talk about. The NPD numbers are out for October 2020 and the Nintendo Switch is still selling like crazy. Plus, a game from last year and Animal Crossing still lead in-game sales too. Sean gets into why Microsoft may focus more on revealing ecosystem numbers and not console sales. While everyone tackles Yukes making AEW games.

Not to mention, Yakuza: Like A Dragon not being sold on Xbox Series X in Japan sparks a debate on Microsoft potentially partnering with Japanese studios in the future. The Mass Effect and Nioh collections for the new consoles, and a few other things.

This is a jam-packed show that ran fairly long because everyone was excited to talk about the PS5 and all these new games. A new generation of gaming is here and it has certainly started off in an impressive fashion.

It’s Here! The PlayStation 5 is Here!

Intro and explanation why there are no Xbox Series X impressions on this one (0:00)

Other games discussed that are played on Xbox One or Xbox One X consoles: Yakuza: Like A Dragon, Fuser, Kingdom Hearts: Melody of Memory, and The Falconeer (54:50)