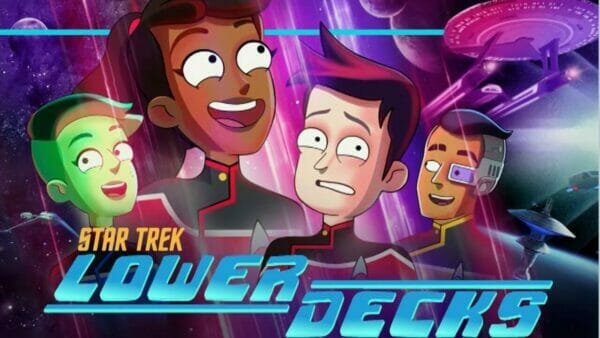 David Wright and Mark Radulich present their Star Trek Lower Decks Season 1 Review! Star Trek: Lower Decks is an American adult animated television series created by Mike McMahan for the streaming service CBS All Access (later rebranded as Paramount+). It is the ninth Star Trek series and was launched in 2020 as part of executive producer Alex Kurtzman’s expanded Star Trek Universe. Lower Decks is the franchise’s first animated series since the 1970s series Star Trek: The Animated Series, and its first comedic series. It follows the low-ranking support crew of the starship Cerritos beginning in the year 2380.

Rarely going where no one has gone before. Star Trek Lower Decks Season 1 Review