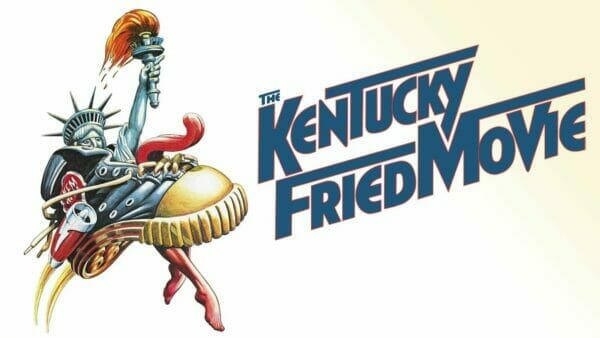 Robert Winfree and Mark Radulich present their The Kentucky Fried Movie Review! The Kentucky Fried Movie (1977) is a 1977 independently made American sketch comedy film, produced by Kim Jorgensen, Larry Kostroff, and Robert K. Weiss, and directed by John Landis. Among the numerous star cameos are George Lazenby, Bill Bixby, Henry Gibson, Barry Dennen, Donald Sutherland, Tony Dow, Stephen Bishop, and the voice of Shadoe Stevens. According to writer David Zucker on the DVD commentary track, David Letterman auditioned for the role of the newscaster, but was not selected. The film also features many former members of The Groundlings and The Second City. The “feature presentation” portion of the film stars Evan C. Kim and hapkido grand master Bong Soo Han. The Kentucky Fried Movie marked the first film appearances of a number of actors who later became famous, and launched the careers of the Zucker brothers, Abrahams and Landis.

This movie is totally out of control! The Kentucky Fried Movie Review!