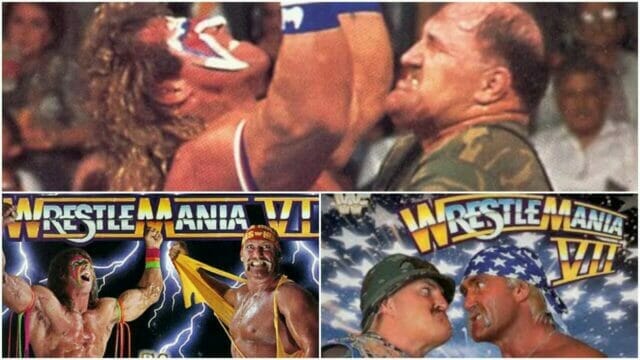 Pat Mullin, Chris Bailey and Mark Radulich continue their look back at the history of Wrestlemania as they present their Wrestlemania 6 and Wrestlemania 7 discussion and review. We’ll survey the aftermath of the Mega Powers exploding at Wrestlemania 5 as Hulk Hogan would continue his feud with Randy Savage while also holding off attacks from his No Holds Barred co-star Tiny Lister Jr otherwise known as Zeus! This is also the era of the rise and fall of the Ultimate Warrior as he takes on the Ultimate Challenge of Hulk Hogan only to lose the title shortly after to Sgt Slaughter! We’ll talk about how the Ultimate Warrior would feud with Randy Savage while Hogan would raise the Stars and Stripes against turncoat and Iraqi sympathizer Sgt Slaughter!

It’s the Ultimate Challenge and the Stars and Stripes Forever – The Mania of Wrestlemania: Wrestlemania 6 and 7