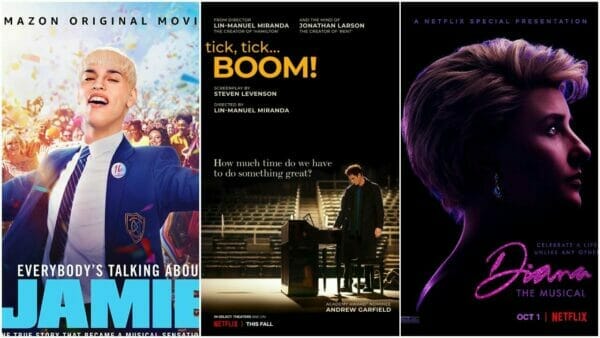 Elizabeth Faust and Mark Radulich review three musicals currently on streaming services: Tick Tick Boom/Everybody’s Talking About Jaime/Diana The Musical. First up is tick, tick…Boom! starring Andrew Garfield from Netflix directed by Lin-Manuel Miranda. Then we move on to Everybody’s Talking About Jamie based on the British musical about a 16 year old drag queen from Amazon Prime. Finally we review Diana – The Musical currently airing on Netflix.