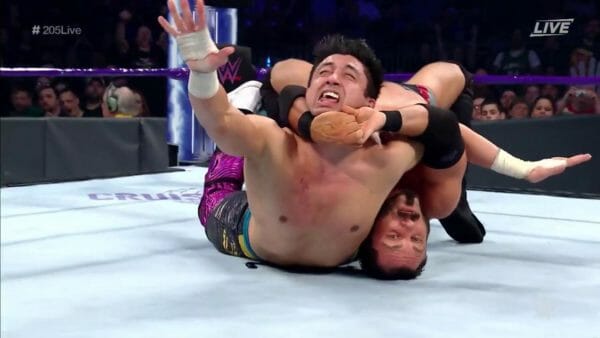 Where Gary Vaughan (@W2MGary) and Paul Leazar (@hailtothechimp7) discuss all the events that transpired on this week’s WWE 205 Live.

Austin Aries goes one on one with TJP once again, Drew Gulak makes his presence felt, and Gran Metalik makes his return to the show. Plus more on this WWE 205 Live Review.