W2Mnet.com was founded by several people and is the culmination of something that began in the summer of 2012 when Sean Garmer and Gary Vaughan were part of a friend’s website, where there was an official podcast. Gary and Sean decided to start Wrestling 2 the MAX, or W2M for short. W2M was intended to be a sister podcast to that show. The podcast made a name for itself because Gary and Sean covered what others didn’t. Starting with WWE Smackdown, the early days of Full Sail NXT, Impact Wrestling, and some news. The show blossomed and continued covering more shows venturing out to WWE PPV‘s and WWE RAW as well. After that, they took things to a new podcast host in Spreaker and got on social media and Youtube, brought out the W2M EXTRA, and Sean also took over what would become the new flagship show, Video Games 2 the MAX too.

2015 is perhaps the biggest year of all, as it led to the creation of the W2M Network. With the growth of said Network and the addition of many shows ranging from wrestling and football to entertainment and gaming, a decision was made late in August 2016 to maximize that growth and create this website using those four aforementioned pillars. It’s also where the “net” comes into the name to make W2Mnet. Ultimately, this is a digital representation of a network that includes so many different genres. It is also a place with many different personalities and hopefully, it can continue to grow and add more of them. This website not only gives these podcasts a home but also a place for those personalities to flourish with writing, video, or other platforms entirely.

So, whether you are an aspiring writer or someone that’s always just wanted to have a platform to speak your mind on something you love. Please visit our “Join the W2M Network” or “Write for Us” links for more information on how to join the staff.

* We are proud and honored to have a great group of writers, contributors, and podcasts hosts. However, the following people are the ones who keep the website going on a daily basis. Whether it be in work that goes directly on the website, through podcasts, or behind the scenes. * 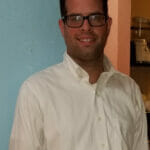 Sean Garmer brings nearly two decades of experience in the online journalism field. He studied Journalism at the University of North Texas and He’s written about a variety of topics from wrestling and video games to World Cup soccer, football, and entertainment. He’s sort of a jack-of-all-trades here for W2M. Aside from hosting Video Games 2 the MAX, producing, and editing other network shows, Sean is also the editor of anything written on the website. Doing reviews and previews for video games, and contributing to various group articles. He’s also sort of the face of the website, as he’s the main point of contact through social media and for the press as well. While trying to keep things tidy around here, he also works with everyone else to create content. When Sean isn’t writing, editing, or podcasting, he’s playing video games, watching sports, or spending time with his daughter. 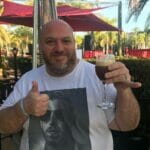 Whether you want to consider Mark Radulich as the “man of 1000 podcasts” or “the hardest worker in the podcast business,” the one thing you can for sure understand about him is that he is dedicated to what he loves. Since 2005 he’s been podcasting about something whether it is politics, MMA, and then he delved into the realm of Entertainment and created the Radulich in Broadcasting Network. Housing podcasts about comics, movies, tv shows, metal music, and much more. He brings all of that and also his talents as a social media guru. He’s also the man in charge on the Entertainment side posting about all those amazing shows he does. When he’s not podcasting, editing, and tik tokking he is spend time with his wife and kids as well. 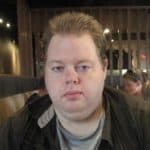 Marc Morrison has been a long-term game-playing person for most of his life. Having grown up on Tetris on the Gameboy, and late-night sleepovers with friends to play Super Mario Bros., it wasn’t until he was about ten when he got both a Sega Genesis and Super Nintendo, and he was hooked from the start. Marc is also the co-host of the Video Games 2 the MAX Podcast, writes reviews, and helps with group articles as well. He also enjoys finding great deals at the local flea market or on Steam. 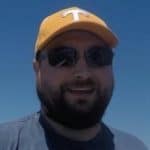 Daniel Anderson is a man that knows how to manage his time. Between full-time jobs, a wife, and two kids, it is absolutely amazing how he finds time to play any games. But he actually does, writing game reviews and helping with group articles. Daniel also contributes to anything he can in the football department as well. When he’s not working or writing here, he’s spending time with family and trying to catch up on sleep.