A Way Out is the biggest project yet from the EA Originals label. The other titles (Unravel and Fe) are more of the traditional indie game singleplayer experiences with cutesy characters and magical elements. However, Hazelight Studios venture is much more grounded and is purely meant as a co-op title. Bringing with it a story seen more in a big action television show, with choices that actually affect what happens as well. A game that carries the indie stamp, but with a flash and panache making it stand out all its own.

Review: A Way Out 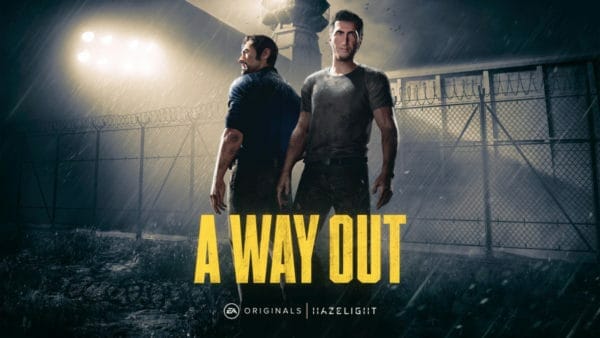 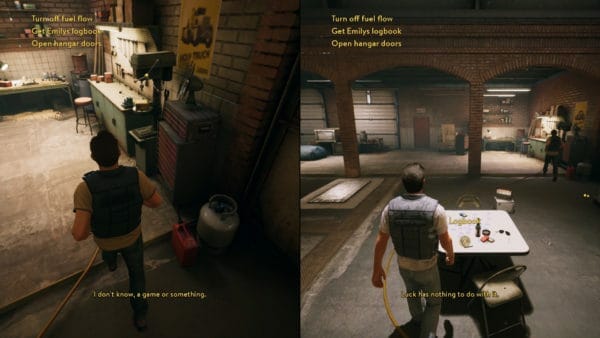 A Way Out is a strictly multiplayer experience. Something quite unheard-of these days for a narrative-oriented game. Even giving away free digital copies so that friends can experience the adventure together. You can do this by simply choosing a friend from your list, sending an invite and the recipient can then join you for one full playthrough after downloading their own trial version at no charge. The developers took a big risk by using this feature. But there’s certainly good reason to play through the story more than once. This is where Hazelight Studios is hedging their bets that your friend may want to buy a copy for themselves to play again with someone else. 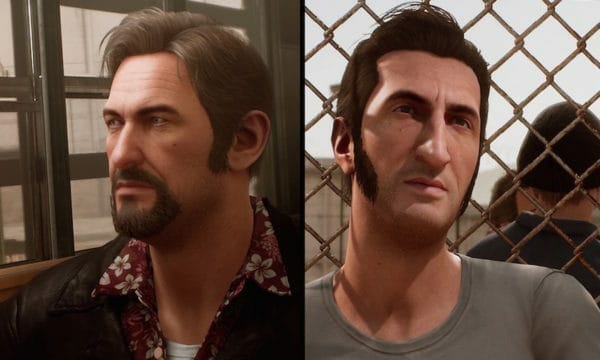 Leo Caruso and Vincent Moretti meet when Vincent steps into a brawl to stop a hired thug from offing Leo. Later, they help each other escape from the recovery in the infirmary. When Vincent learns he and Leo share a conveniently coincidental grudge against the same traitorous mobster, they set an escape into motion that keeps them on the run for six harrowing months. While also orchestrating payback against the man who left them for dead. Plus, they also attempt to right haunting personal wrongs in their respective lives as well during this journey.

Guiding Leo and Vincent from prison break to rogue international mission of revenge won’t bring you to as many plot-shifting divergent decisions as, say, Life is Strange or Mass Effect 2. However, the two star-crossed inmates arrive at enough forks in their road to make multiple playthroughs plenty appealing. 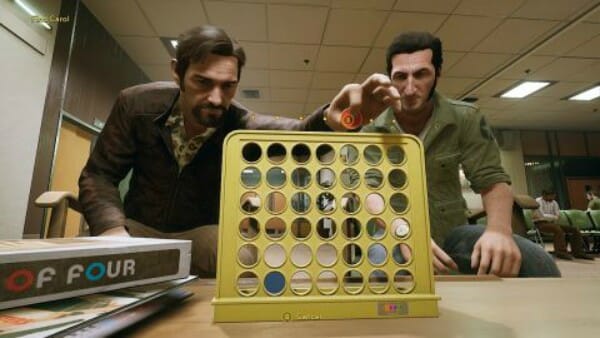 Players should take their time and trust that ingrained gamer instinct. Hear out every dialogue tree’s full array of paths and take a grand tour of your surroundings. Hazelight poured some meticulous care into a script capable of deepening your attachment to these two wayward rogues With seemingly every interaction. While allowing the player to subtly shape the finer edges of their personalities. There are also many environments which offer ample opportunities to tone the story’s sense of urgency down a notch or two. Breaking down the more gleeful interactive sessions into games of darts, Connect Four and Pong. 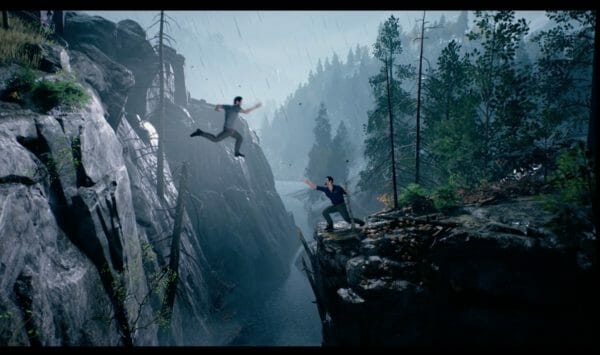 A Way Out‘s main arc and gaming mechanics are not pioneering design breakthroughs. Anyone who has seen The Shawshank Redemption, a single season of FOX’s Prison Break or Escape from Alcatraz could likely recite the entire series of events to come by the end of the first act. That won’t make the human sincerity in the lead voice performances any less emotionally effective. Not to mention, the smirking prison genre Easter eggs any less amusing.

The driving and brief gunplay mechanics also fall far short of reinventing the wheel. However, they never upstage Leo and Vincent’s unfolding drama either. What’s even more impressive is how well done the drama actually is. Flashy, kinetic ballyhoo action sequences happen without a single technical hitch. Granted, those sequences do occasionally break down into surprisingly fluid quick-time events.

But the difference between A Way Out and, say, Resident Evil 6 is that the latter’s QTE fixation ground a fast-paced shooter to an unnecessary halt. While the former keeps each QTE brief. Making it both satisfying and strangely appropriate to the moment’s flow. Some games’ love affairs with cliches become anchors around their necks. A Way Out demonstrates that cliches work if kept simple.

Overall Score: 9.0 Out of 10 A Way Out is an independent triumph in video game production, even if its story and mechanics are nothing new. Its foundation is a tried-and-true blueprint, but there’s no denying it is a fulfilling final experience. The full story unpacks itself in a brisk three hours. Executing its co-op design just about flawlessly. Settle in for a chill afternoon alongside a friend and dig into a thrill ride that sends a message to EA about the power of giving gamers a finely tuned finished product for astoundingly little coin.

This game was reviewed using a retail copy purchased by W2Mnet.com