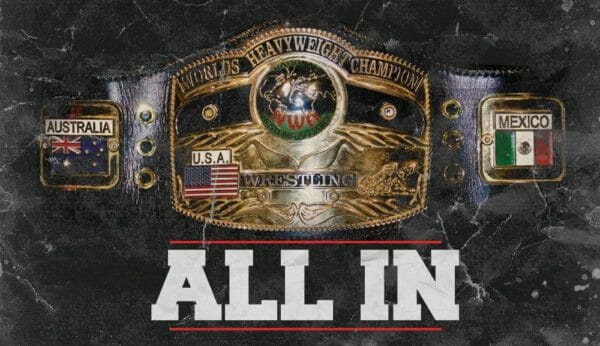 It’s a one-man show this week on That Wrestling Show!!! Join Bill as he reviews ALL IN and discusses the success of the show, thoughts on the first episode of the Mae Young Classic and which one bracket is the most loaded and hear why he doesn’t want Shawn Michaels to come out of retirement to do another match. Plus WWE changes its list of top factions AGAIN and Raw on New Year’s Eve is taped. All this and more this week on That Wrestling Show!!!

PODCAST: Mae Young Classic 2, ALL IN Talk And Review