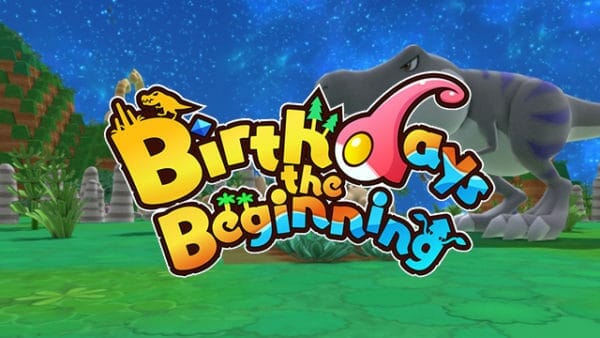 Setting Up Your Own Earth 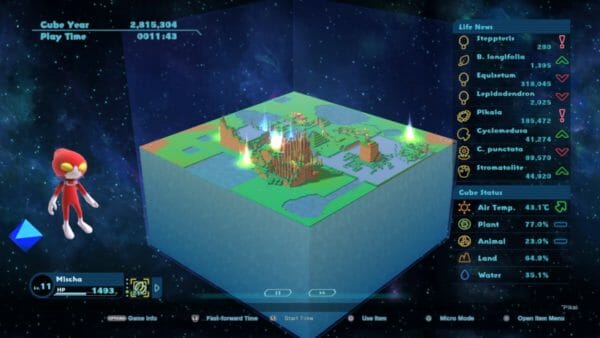 The game begins with the player finding a note from their grandfather. The note contains a set of coordinates. After a mysterious light flashes, the player is whisked to an unknown place. There, you meet Navi, an odd, but helpful guide who explains that it’s his job to create birthdays beginning. Basically, creating a whole new planet from scratch. No animals, no plant life, nothing. Not even bacteria. The goal is to start with bacteria and keep building on the cube of life until humans appear. 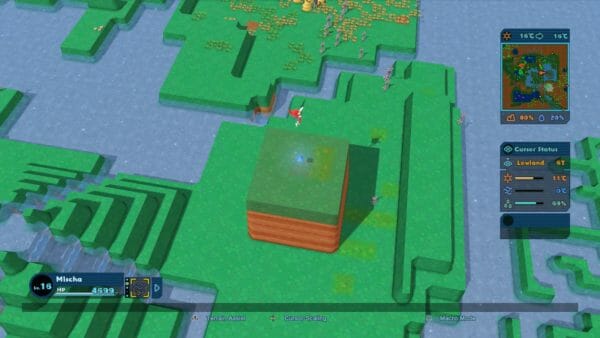 So, essentially you are now the god of this ecosystem. The first two to three levels are tutorials. They focus on creating basic forms of life such as unicellular bacteria. While also learning how to shape the land and build habitats for these organisms. The game offers complete control, even allowing for you to select different temperatures and elevations. This is key, because only certain plants and animals can thrive at certain temperatures. Creating the correct organisms in the right land areas and elevations is also important for this reason as well. There’s nothing like accidentally creating a dinosaur in a desert area, only to watch it go extinct. There are stones that can change temperatures, but be careful, because sometimes they create drastic changes, which can lead to extinctions. The temperature changes can even lead to thunderstorms or natural disasters as well. 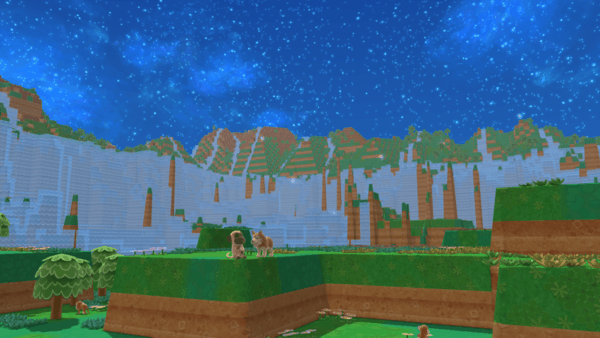 However, I should note that this game is not a simple toybox mode. There is a free play mode, but that’s only unlocked after completing the main mode of play. The story mode makes the player complete objectives in order to progress through the levels. Attention to detail is imperative here, because you won’t advance without meeting the specific requirements. The problem is, the game isn’t always very clear on how to accomplish certain tasks. Sometimes you won’t advance, simply because you didn’t wait long enough for a plant to grow. At least there is an evolution seed that helps speed up the process a little. 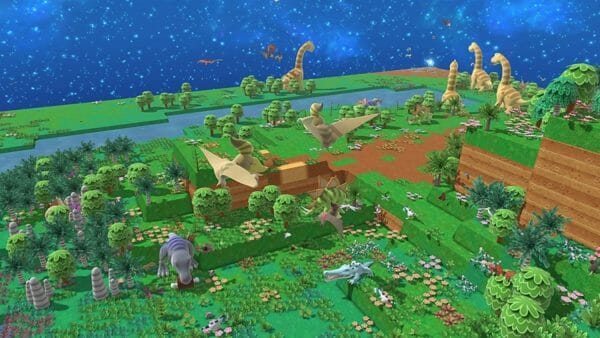 Birthdays the Beginning is actually a nice educational tool for learning about the creation of life. Using the concepts of extinction, evolution, mutation, and different family trees of species, players must understand the role plants and animals have. For example, in order to get the Stegosaurus to appear, you may have to create the plants it likes to eat first. Watch said plants grow and make sure to keep them at the right temperature, so they don’t die. Many times you actually need that plant, or even an animal, to go extinct in order for other needed life to appear. 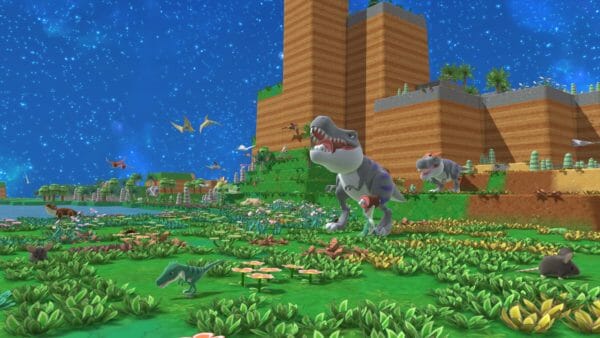 Each level gives you more things to do in the ecosystem. Although time doesn’t pass, while you tinker away in Micro Mode. Once you go out to Macro Mode and start the world clock, you can watch life take form. There is a ticker that gives updates on all the life. Not to mention, statistics and temperature information. Honestly, it does grow cumbersome to keep track of everything. Not to mention, the menu system is obtuse and sometimes you can lose track of what’s happening because you may have to go through ten menus to find one object. It gets easier once you get the hang of it. But this could have been streamlined a bit more to help things move faster. 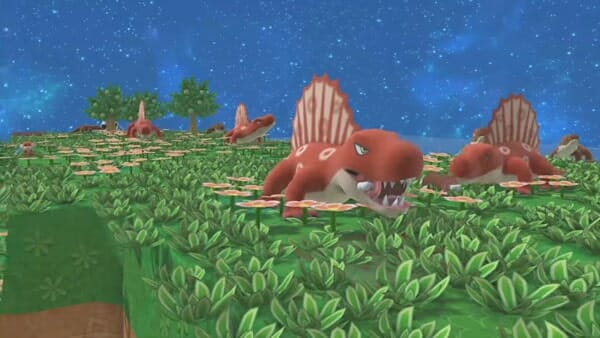 Another thing players must pay attention to, is the HP bar. Making changes to the land, creating or destroying it, causes the health bar to go down. Also, if you choose to make time go faster by hitting fast forward in Macro Mode, it lowers the HP bar as well. This can be remedied by using a HP seed, going to Macro Mode and watching life happen, or by capturing the wildlife. Basically, you are just scanning them into the system for virtual collection purposes. 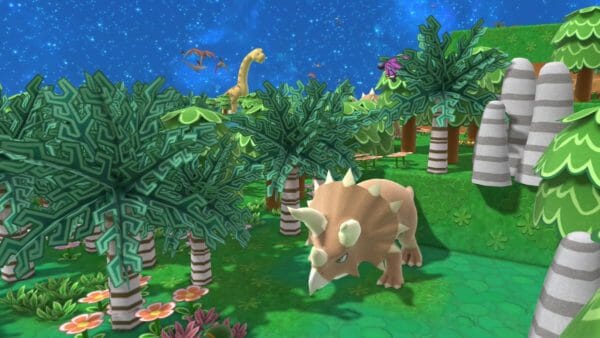 The player is then rewarded by leveling up the cube. Thus giving you greater amounts of control over the land with each level. So, you go from being able to select a small piece of land and customize it, to an entire big section. This cuts down on the length of time it takes to create things, which is very welcome. Although the creatures seldom interact with each other in the world, they are cute to look at and well animated. So, at least you get to look at them closely anytime your heart desires, once they are scanned.

Educational on the topic of evolution

Too much text in the tutorials

Objectives are not always clear

Overall Thoughts: 7 Out of 10 Birthdays the Beginning is a game that teaches and rewards. Once you get past the cumbersome early parts, it opens up and allows for more freedom in creation. Watching plants and animals appear is a neat experience. However, trying to maintain the land around them is not always so. Overall, this is a game that appeals to those who like Minecraft or one of the Sim games. It can be great to accomplish tasks and collect creatures, but can also get dull just waiting around for things to happen. It’s still a good game that if streamlined a bit, could become a series down the line. Perhaps, even inhabit children’s science classrooms too.

For the sake of transparency, the publisher (NIS America) did provide us with a digital code for review purposes.