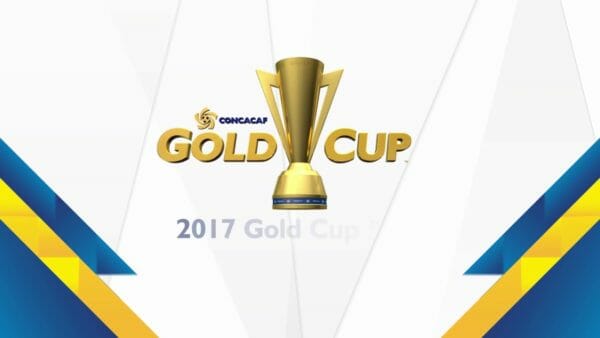 There is a country where football is beyond religion or even life itself. It’s down, dirty, aggressive, yet tactical. There’s even been war waged, thanks to football. But in the end, when you think they’re down and out, they pull off the biggest surprise to truly deliver the unexpected. If there’s ever an emerging wild card for Gold Cup 2017, it’s Honduras.

The crew from Soccer 2 the MAX, Rachael McKriger, Erik Watkins and Sean Garmer each took a group and have done previews for each squad ahead of the CONCACAF Gold Cup 2017 tournament. They give a little about of information on their history in the tournament. Their recent form, the manager and the squad. After that, they give a Player to Watch, and discuss what could happen. Finally, they give their prediction on the team’s final place in the tournament. Hopefully, you enjoy our team preview articles.

Honduras has participated in almost every Gold Cup since the tournament’s inception in 1991. The lone exception: 2002. That year, a draw against El Salvador knocked them out at the first round of the UNCAF Cup. In that ‘91 tournament, Honduras drew 1-1 with Mexico to win the group. In the knockout stage, they beat Costa Rica 2-0 to reach the final. The dream finally ended with a loss to the United States, 4-3 on penalties, after a 0-0 draw. Marking their highest finish ever in the tournament.

The 2015 tournament saw Honduras’ worst performance ever in the competition. Not only did they finish last in their group and 11th overall. But it was the first time since 2003 where they failed to even win a match. They’ll look to do much better this time around.

Honduras is struggling in World Cup qualifying. Languishing in 5th place in the Hex (1W-2D-3L). However, there’s been a decent run since the start of 2016. Honduras is 7W-6D-6L in that span. This stretch includes an unbeaten run to their fourth Copa Centroamericana title, beating Belize 1-0 on the final matchday to seal victory.

Jorge Luis Pinto Alfador is no stranger to the game, having held a total of 22 coaching titles throughout Central and South America since 1984. His resume includes two stints at the helm of Costa Rica and a hot start for his native Colombia in qualifying for the 2010 World Cup. Proving he made a difference, after Pinto left Colombia, they finished 7th and failed to qualify. While in Costa Rica, Pinto led a qualification to the World Cup in Brazil and won two Copa Centroamericana titles. As manager since December 2014, Luis Pinto has won 33.67% of his matches, with an overall record of 11W-7D-12L

Normally, everyone loves to keep their eyes on the strikers. However, with the opponents in this group, Honduras can create a major advantage on defense. One man to keep an eye on for that is Maynor Figueroa. The most capped player on the roster, Figueroa has spent the bulk of his career in the English Premier League, primarily with Wigan Athletic. Dealing with the level of physical play and a taste of European football (2013-14 Europa League after winning the FA Cup the previous year), Figueroa guides the back line to deal with the speed of the likes of Costa Rica and what Canada has on offer. It also helps that he currently plays for a very solid FC Dallas side in MLS.

Getting Through the Group

While a 4-4-2 is most likely (and needed). It can’t be a typical formation waiting for patient play. The key for Honduras to get through the group is to play quick and a little dirty. Any bit of speed needs countering with strength, and neither striker nor central midfielder should be afraid of the net. With all the goalscorers on this roster, Anthony Lozano leads Los Catrachos with seven, and the midfielders have combined for 13. This could lead to some potentially dangerous combination play in the corridor, and a lot for opposing back lines to consider.

La H are in Group A and draw their toughest opponent, Costa Rica, first on July 7, and that’s good. Considering how the previous two clashes in 2017 ended in 1-1 draws. Then, they get French Guiana in the middle on July 11, which should be three points. Finally, they get a clash with Canada. If Honduras can force a third and find their form that earned a 2-1 win against Canada in qualifying, they could end up forcing us to break out some calculators to determine Group A’s winner.

While the group looks very favorable, the knockout draw does not. Honduras should have little trouble getting second spot in Group A. They could even triumph over El Salvador in the quarterfinals. However, that sets up a semifinal against Mexico. While El Tri aren’t sending their absolute best, they have a point to prove. Making the semifinals is still a good return to form, setting up a run for the remainder of World Cup 2018 qualifying.

Erik’s Prediction: Second in Group A, Lose in the Quarterfinals.