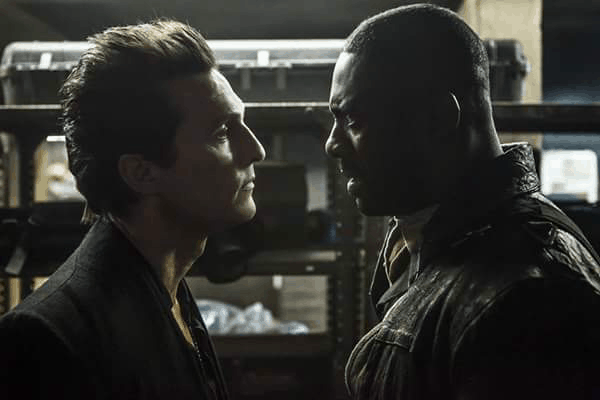 In the latest installment of Damn You Hollywood, Robert Winfree and Mark Radulich review The Dark Tower. Roland Deschain (Idris Elba), the last Gunslinger, is locked in an eternal battle with Walter O’Dim (Matthew McConaughey), also known as the Man in Black. The Gunslinger must prevent the Man in Black from toppling the Dark Tower, the key that holds the universe together. With the fate of worlds at stake, two men collide in the ultimate battle between good and evil.