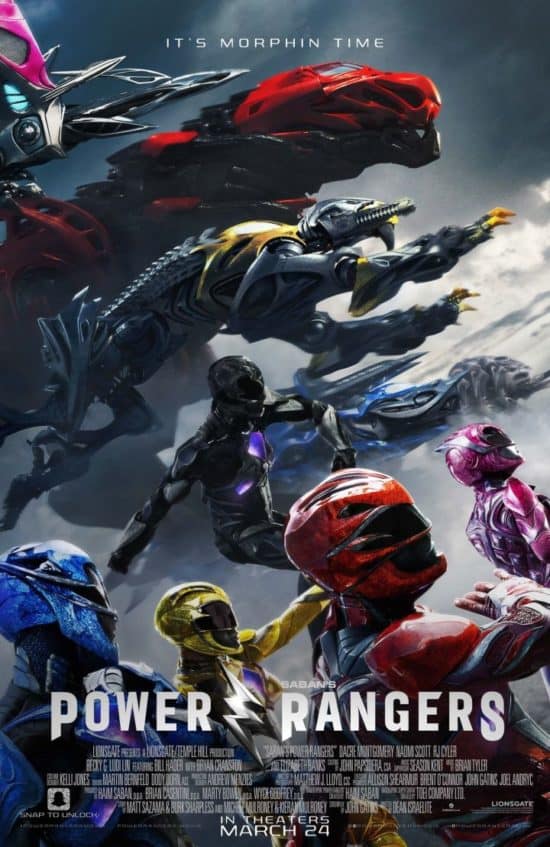 Go Go Robert Winfree and Mark Radulich, Damn You Hollywood takes on the latest iteration of the Power Rangers. Saban‘s Power Rangers (or simply Power Rangers) is a 2017 American superhero film based on the team of the same name. It is written by John Gatins and directed by Dean Israelite. It is the third film of the Power Rangers film franchise. This is a reboot that features the main characters of the original Power Rangers television series, portrayed by a new cast. The film stars Dacre Montgomery, Naomi Scott, Bill Hader, Bryan Cranston and Elizabeth Banks.

In the film, Zordon recruits five high school students to form a team that must stop an alien threat led by the witch Rita Repulsa. It is the first blockbuster film to feature LGBTQ and autistic superheroes. Franchise creator Haim Saban returned to produce the film under his investment firm. The film premiered at Regency Village Theater in Los Angeles on March 22, 2017 and was released in the United States on March 24, 2017.