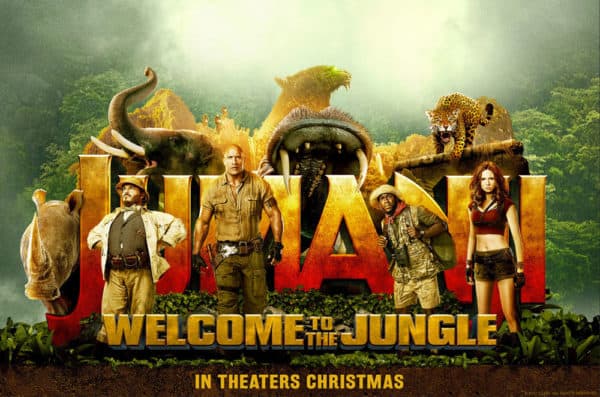 It’s the final Damn You Hollywood of the year as Mark and Robert review Jumanji: Welcome to the Jungle and look back at 2017’s year in films!

It follows four teenagers who are transported into the video game world of Jumanji, and, playing as the characters they chose, must beat the game in order to return to the real world. It is also a tribute to Robin Williams, star of the original film, who died in 2014. Principal photography began in Hawaii in September 2016. Jumanji: Welcome to the Jungle premiered at the Grand Rex in Paris on December 5, 2017 and was released in the United States in 3D on December 20, 2017.

Damn You Hollywood: Jumanji: Welcome to the Jungle Review