2020 was a rough year for everyone out there. The COVID-19 pandemic will stick with all of us for a long time. But gaming in a way benefited from people having to stay at home for large stretches at a time throughout the year. That being said, video games still had their fair share of rough moments and delays. Amazingly though we somehow still got three brand new consoles in the PlayStation 5, Xbox Series X and Xbox Series S. Xbox Game Pass continued to flourish as well and Nintendo well, they just sold software and consoles like crazy.

Here are my Top 10 Games of 2020. Hopefully, you’ll find something in common that you enjoyed too.

Yes, I understand this game has won many awards, but in the end, I was not as big of a fan of it as I was the original. The game is fine by itself, but when taken as part of a franchise it does draw some questions about its story choices. Maybe it is because the game came out in 2020 when bleak gameplay wasn’t the best thing for people? Overall, the game is fun, and you will not regret playing it. However, to me, it didn’t wow me like some of the other games on this list.

If you enjoyed the previous Marvel’s Spider-Man game on the PlayStation 4 then you will love Spider-Man: Miles Morales. Miles feels different enough from playing as Peter Parker that makes this much more than just a reskin of the first game. The only drawback to the game I had was a fairly predictable story combined with its short length. That being said, the price for the game is fair and that takes some of the sting out of the short story. Overall, I really enjoyed Miles turn in the spotlight and look forward to a game where both Peter Parker and Miles Morales can shine together.

Since the Oculus VR headset was first announced, I have been saying that VR will provide a revival for flight simulators. If you have an opportunity to play Star Wars Squadrons with a VR helmet and Hands on the Throttle and Stick controls, I recommend you take it. Squadrons is amazing if you are a flight sim fan, and even better if you are a Star Wars fan. You feel like you are at the controls of your favorite Star Wars starfighters (well, most of them, I have a soft spot in my heart for the E-wing that doesn’t get to see much love).

Each of the ships have their own advantages and disadvantages in using them. Combine that with the free DLC (B-wing and TIE Defender and a new map) and some fun tournaments being run, I found the game a surprising time sink where you start playing and don’t realize how much time has passed when it is time to stop playing. Squadrons is fun without a VR headset as well, but it really shines when you are experiencing it in VR.

One thing nobody thought would happen, did occur in 2020. Valve finally released a new Half-Life game. No, it isn’t Half-Life 3, and yes, it was basically built to sell Valve’s expensive VR headset (although you can use it with other headsets including the much less expensive Oculus Quest 2). Half-Life Alyx is really good, I mean super good. And it does, maybe, provide hope for a Half-Life 3 sometime in the future.

This is a series that doesn’t always seem to get its due. A predecessor to the Fallout series, Wasteland 2 was revived and pitched as a return to the universe in 2014. 2020 saw another return to the Wasteland universe with Wasteland 3, and it is on Xbox Game Pass right now as well.

This game is, hands down, one of the best games I have played this year. I love the setting and the choices you make early in the game that can have a significant effect on your choices later in the game. It is very easy to play Wasteland 3 several times and play it in several different ways without truly changing your style of playing games. Quite frankly, it is a game that hours can be sunk into, and new things found each playthrough just by changing your dialogue options or choosing to save one person over another.

It is hard to summarize Crusader Kings III, but the thing that comes close is a kingdom simulator. You are in charge of a medieval kingdom. When I say in charge of the kingdom, I mean you are in charge of everything from who you and your children marry, to how much taxes you collect, to who you choose to join your council and many other decisions.

This is an excellent game that lovers of the 4x style of gameplay, and lovers of history, will enjoy for hours on end. This game is also on Xbox Game Pass and it is one of the games that I have put the most hours in this year. Overall, the game is excellent and fixes many of my complaints from Crusader Kings II. If you have ever played and enjoyed either CK2 or a 4X game in general, please give this game a shot.

This is going to be more of a controversial decision than my number 10 choice, but when it comes down to it, I just had a bunch of fun playing Assassin’s Creed Valhalla. The game isn’t perfect (I dislike not being able to see future builds and having to reset your build if you don’t like what you have built so far). However, I still had a good time playing it. I especially liked how it leaned more into fantasy with having some magical weapons available to find, and I enjoyed a lot of the side quests as well.

One thing that made me happier with this version of the game over others is the fact that you can go into the settings and have it be more like the earlier games where stealth is a bigger factor. You can also enable instant kills with the Hidden Blade, even if an enemy is a much higher level than your character. I felt that it provided a nice compromise for fans of the earlier installment’s gameplay. Overall, this game is on the list because it was fun and entertaining, which is all that I can ask from a game.

It seems like years ago that Doom Eternal actually released. March 2020 feels like a lifetime ago in many ways. Doom Eternal was one of two GOTY candidates that released on the same day, and it is the game that I enjoyed most during much of the initial stages of the COVID-19 lockdown. Doom Eternal is, in many ways, a throwback to gaming of the 1990s.

A lot of over the top action and violence, along with some crude jokes and comments (but nowhere near Duke Nukem levels). The gameplay was solid and I cannot remember one major bug in the game (not to say there aren’t any, I am sure they are, but they didn’t make any impact on my memory). Fans of the Doom series had no real reason to complain about this newest installment in the franchise. 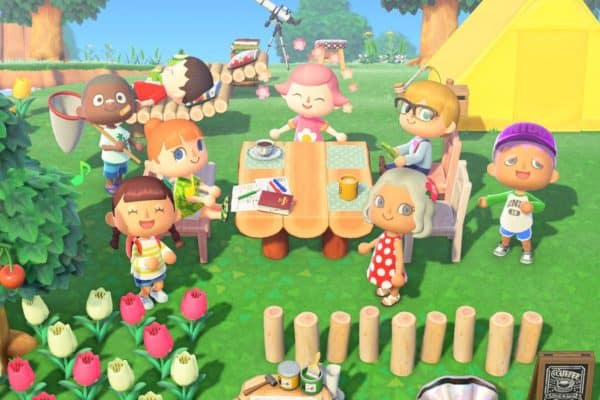 This game probably would have ranked higher for me if I truly enjoyed the type of game that it is. I never got into the Animal Crossing franchise, but, even if it isn’t my type of game, I can tell when a game is good and when it isn’t. This game was very well made. In addition to being an excellent game, this game got extra points for staying relevant and popular all year long. Animal Crossing: New Horizons released on the same day as Doom Eternal, back in March 2020.

The game was still making front-page news (not just on gaming websites either) as recently as the start of December 2020. That relevance got it the nod over Doom Eternal on my list because it seems like where Doom Eternal was a great game that fell out of prominence as the year went on, Animal Crossing: New Horizons stayed prominent and relevant all year long, and that is a major credit to the game. 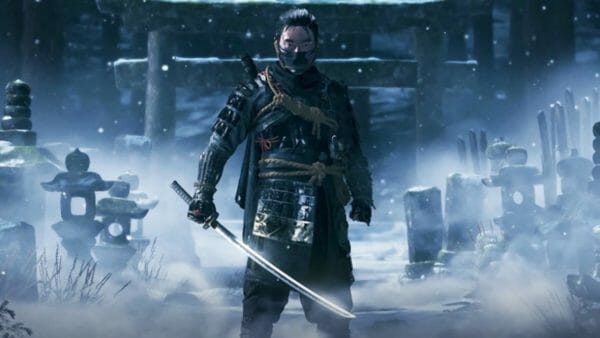 This game is the undisputed game of 2020 by a large margin. It certainly lacks in historical accuracy, and at its core, it is mostly a hack and slash with RPG elements, but it is an amazing game that is very entertaining. I found myself really enjoying the game as I played it. Not to mention, I just enjoyed walking through the world of Tsushima too.

Ghosts of Tsushima presents an immersive world that feels like it is fully unique. There are numerous missions and side missions, and sites to explore, but the game never feels like it drags down or gets boring. The game continues to feel fun and unique as you get further and further into it as well. It truly is a great game and deserves my personal award for GOTY.

Let Daniel know what some of your favorite games of 2020 were in the comments or by reaching out to us on Twitter @W2MNetwork or underneath the post about it on our website FB Page.