When Activision and Bungie announced this 10 year plan for a game called Destiny, it was met with great expectations. The developers of the HALO franchise certainly know shooters. However, taking that into a bigger space like the Massively-Multiplayer-Online world is a grand undertaking. Not to mention, designing and creating it for consoles spanning two generations. Although the first Destiny had its quirks. Mainly in the lacking story and end-game content which improved only after a few expansions. Bungie took these issues to heart, and created Destiny 2. Improving the original Destiny and building a much better game from the start. A game that certainly lives up to the hype. 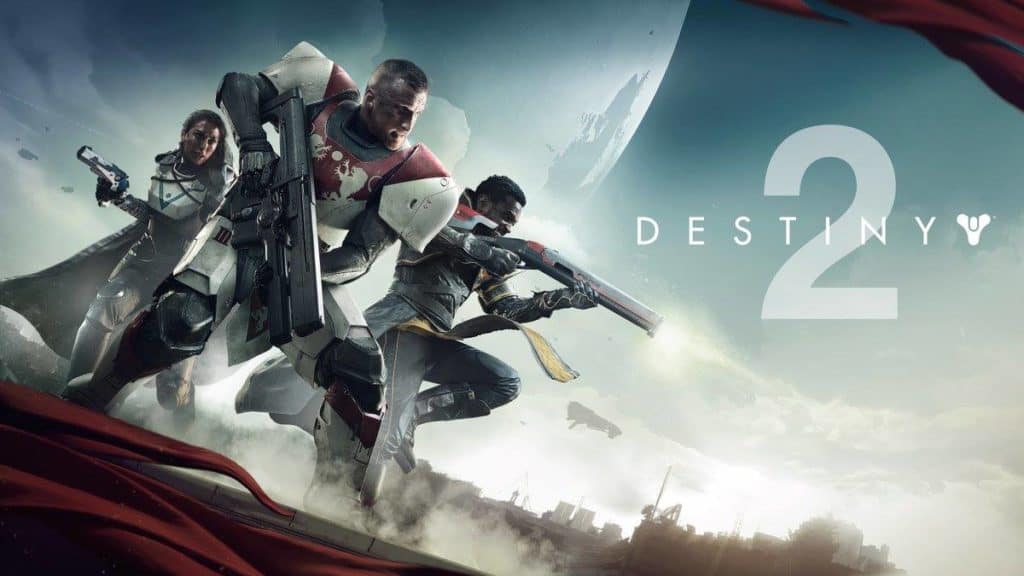 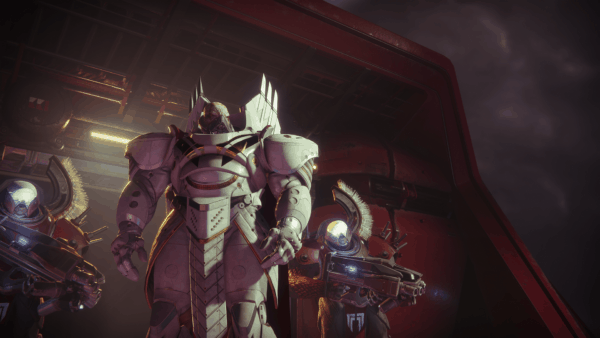 Destiny 2 improves the storytelling of the little light and it’s guardian. Nolan North returns as the Ghost AI. While Nathan Fillion, and others return, reprising their respective roles as well. Destiny 2 opens as The Last City is attacked by the Red Legion, also known as the Cabal. They are ruthless aliens that show no mercy and rage war on any planet they come across.  Their leader, Dominus Gaul, defeats the player and takes away their light. Resulting in the player losing their powers. A fall from grace occurs (literally speaking) and a quest begins anew to take back the light and the city. 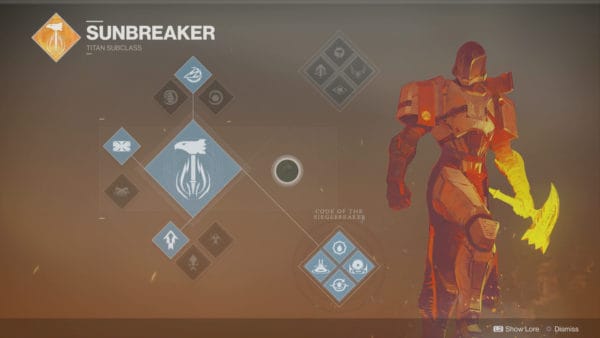 New NPC’s like the sassy FailSafe. The lone wolf Hawthorne, and the crazed Asher Mir are now present in Destiny. Each of them are enjoyable and show that Bungie expanded the focus on storytelling. Keeping players active with Adventures and side quests that also give a little insight into the story. For example, players learn more about the Cabal on Earth, or the Fallen. While older enemies also make their return as well.

Also with the return familiar characters, are some changes to the classes. Hunters now have a new class known as the Arcstriders. Replacing the old Blade Dancers class. Warlocks also see changes with their rifts, now having the choice to be a healer or empower their teammates.

Just like the original, Destiny 2 requires players to go beyond leveling up to 20 and grind for better weapons. Ranging from uncommon to exotic weapons. Players work for the ultimate goal of reaching the 330 light level, (after the release of Curse of Osiris DLC.) This power level reigns supreme. Especially, when it comes to strong modes like Nightfall strikes and the Leviathan raid. Destiny 2 challenges players, no matter the power level, which is something the original Destiny severely lacked. Although the aforementioned strikes and raids are important because they grant players many of the exotic weapons. 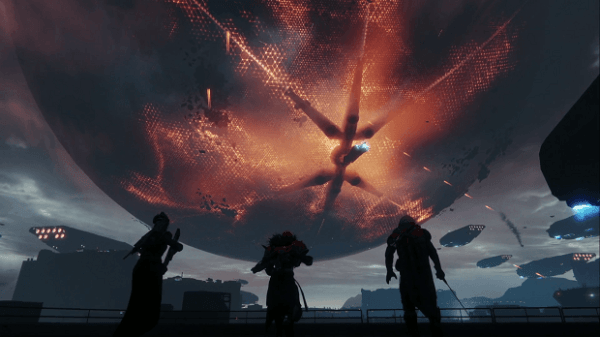 Clans are also more efficiently used in Destiny 2. Clans now gain experience from almost everything. Packed with a much better reward system and easier way to join up with friends, clans are much more fun too. Factions are also a huge part of Destiny 2 placing a competitive light, not just in a PvP aspect, but as a grouped activity. Rewards from Factions are also high leveled, which makes the grind easier as well. 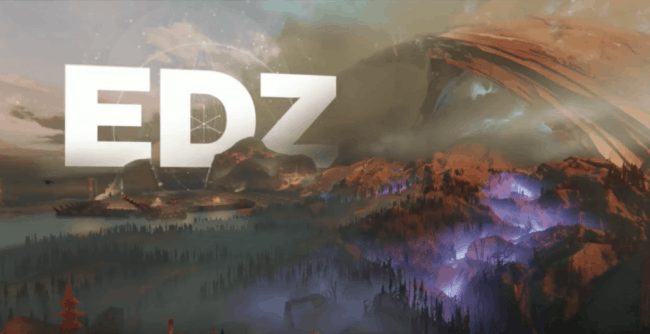 Each planet in Destiny 2 opens from different events. After progressing just enough in the story, players can participate in challenges, patrols, strikes, or public events. Each planet holds a daily challenge. Players can gain tokens, ich they can redeem with NPCs. Patrols are quick grinding missions that allow players to earn currency in the form of glimmer. Strikes are like sidequests with story mode difficulty, and can include up to three people in your party. Strikes are also key in understanding the mechanics of Nightfalls. Public events are timed mini missions on each planet with varying difficulties, and are primarily used for hunting exotic items.

Nightfall strikes are hard leveled modes that impose restrictions or boosts for players to finish a mission in 20 minutes. Fast paced and intense, Nightfalls also require a fireteam of three and necesitate full cooperation and teamwork. Done properly, players can get high level rewards to help the grind. Nightfalls also have challenges within the missions, creating even more chances to get high rewards. 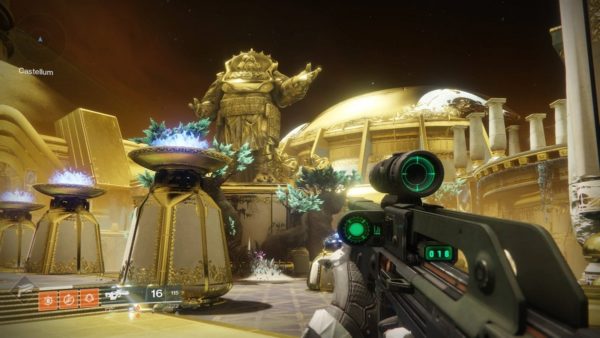 The current raid in Destiny 2 can take over six hours of strategizing to complete. Especially since it requires a team of six. Different from just shooting and defeating the enemies, players are forced to undergo different puzzles and challenges in order to fully defeat it.

However, sometimes finding six friends to play with isn’t easy. Bungie counters this requirement with the Guided Games option. Players can gain a pass to be a sole player and join a team that is missing a couple of members. Using this pass, players can team up fully and be able to tackle these challenging missions.  This is akin to a “Look for Group” option that most MMO games have these days. Both Nightfalls and Raids have prestige modes where the level and gear requirements are even higher as well.

Trials of the Nine 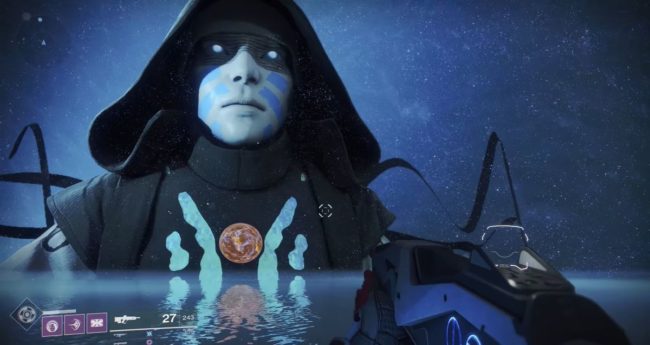 Destiny 2 also introduces Trials of the Nine.  It’s an intense player versus player competitive mode that uses a scorecard system. After ten matches, players can redeem their scorecard with their win/loss record, and gain high level prizes such as armor or weapons. This also helps players get familiar with a regular competitive mode, which focuses on a player’s power level and their recent match history.

Destiny 2 brings small details that both Destiny 1 and HALO fans can enjoy. Many planets such as Io and Nessus bare resemblance to worlds featured in HALO. It also has a beautiful setting, yet all the while, still feeling alien. There are also some guns in Destiny 2 which are highly reminiscent of some of the signature weapons in HALO, such as the rocket launcher or scout rifle.

Players’ Ghosts are also able to scan certain areas or items where you can learn more about the lore behind Destiny. Something generally missing in the first game. NPC’s also reference events from the first game, such as the missing Eris or Oryx from the Taken King DLC. These simple, yet subtle nods grab a player’s attention. Drawing them to the immersive world of Destiny.  Instead of reading on a website (like in the first game), many of these Easter eggs are said aloud. Giving players enough to experience the game while learning the backstory.

Overall Score: 9 out of 10. Destiny 2 is a great first-person shooter that does what the first game failed to do. It brings more of an RPG element into the experience. While also giving players more to do than in Destiny 1. Missions don’t have to be overplayed, and there’s much more variety available, making you want to comeback and play more. Prior to the current DLC, Destiny 2 was almost perfectly balanced and consistent. Everything about Destiny as a whole is improved, making this the must play version of Destiny for shooter and RPG fans alike.