A wild hack and slash adventure, Devil May Cry V brings the series into a new light. Using different weapons, play styles, and a decent story, DMC V is a 2019 game you don’t want to miss. 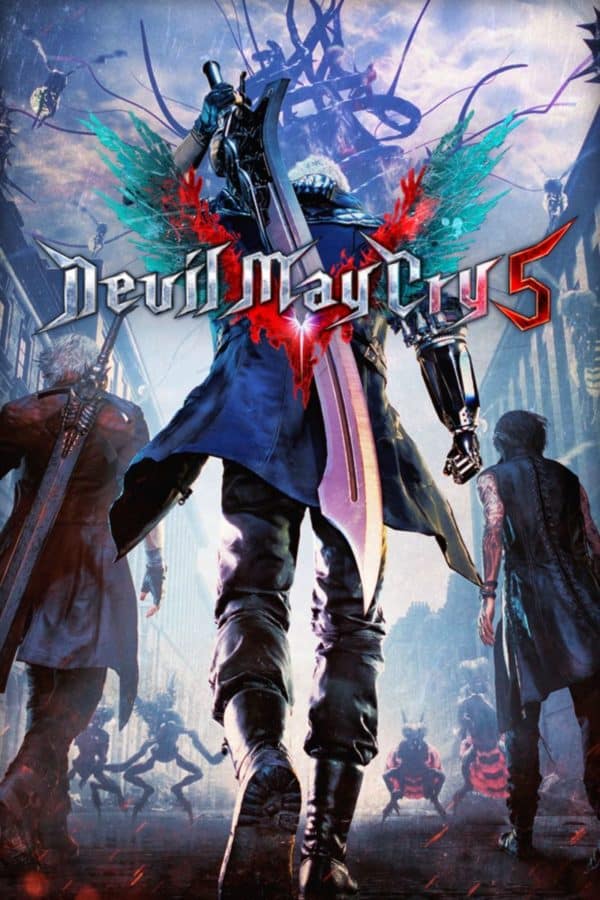 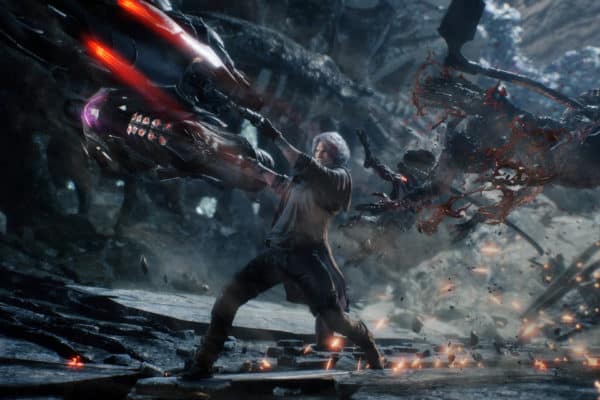 Picking up after Devil May Cry 4, players are thrown into the fight against Hell’s demons by playing as DMC4’s protagonist Nero. The world is on the verge of ending and Nero teams up with Dante, DMC’s central character, to fight against those that threaten it. A colorful cast of old and new characters joins them on their hell raising adventure. Including the return of Trish and Lady, Dante’s lovely assistants. While playing as Nero, Nico from Devil May Cry 4 is the main shop attendant and the person who upgrades the crews weapons. Plus, a new playable character is also introduced, known as V. 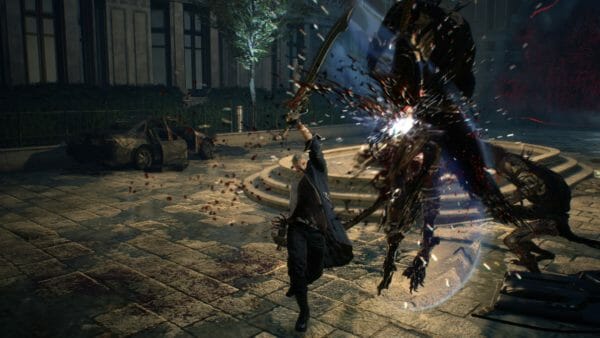 The story begins with the group in the middle of fighting hordes of demons due to a tree known as the Qliphoth appearing. The tree terrorizes Red Grave city, causing large damage and deaths. It turns out the demon Urizen is harvesting blood to help the tree grow larger and bringing with him literal Hell on Earth.

As previously mentioned, Devil May Cry V features three playable characters: Dante, Nero, and the mysterious V. During the first playthrough, you are forced to choose the main character of each mission. Very few missions offer an actual choice on character selection. Ultimately, the character choice does not matter, as the route through each mission only varies slightly. For example, choosing between Nero or V in one mission changes the amount of items collected and includes some extra dialogue. Honestly, this is a little disappointing as it was a perfect chance for the game to delve deep into more content and different perspectives.

There’s also multiplayer capabilities in the missions as well. Different players have the opportunity to pair up with other players to try to get the highest score in each mission. The low competition was nice, but it made no sense in how it functioned. At some point I thought the mission included the other person and boss fights could have been done through co-op instead. Honestly, I found myself wondering why the multiplayer even exists, if it only serves as a leaderboard system. 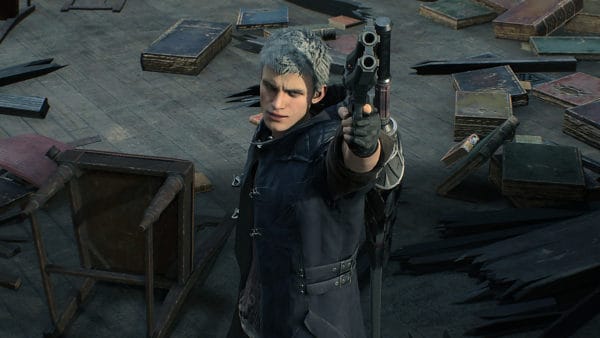 On the other hand, Nico serving as the shopkeeper in Devil May Cry V adds an extra layer of fun. Her almost indestructible and versatile van matching combined with her comedic relief personality is definitely a highlight. She has the ability (and awkward fetish) in transforming demon parts into high powered assault weapons and also in providing skill upgrades for the entire group too.

Nero (having lost his arm) benefits immensely from her skills. She creates the Devil Breaker as a full fledged hand to assist in his fight. His play style focuses in using the Devil Breaker to complete insane air combos while also dealing a ton of damage. The special abilities in each arm are powerful and variety to all of his combos.

All of this Continued 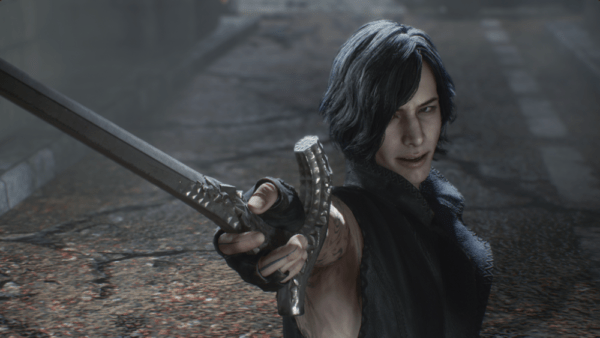 Dante has the most variety when it comes to weapons and abilities. He has over five different weapons to choose from ranging from the Sword of Sparda to a hat that makes him dance like a pop star. The amount of different combos and weapons players can use is very DMC. However, there are times where it feels overdone with Dante. Different weapons and movesets become available in the late-game with not much chance to actually use them, unless players do multiple runs through the game.

The third character available is the mysterious V. V is the most unique out of the three in battle. For one, he does not attack with a full on weapon. Instead he relies on his demons to be his sword. Players direct his demons Griffon and Shadow (a Panther) to do most of the battling. V does have a finishing blow involving hitting his demons with his magical cane, making him the most graceful out of the three. The issue becomes that the demons make him very limited and he can become a pain to use in boss fights as well.

My one major issue with Devil May Cry V is the death scenes. There are revival opportunities available based on item purchases made from the in-game currency. But if a player dies, they can also make an in-game purchase with real money to buy more currency. This felt like cheating and a cheap money grab. Putting a dour note on the player experience.

Examining the Cast of Characters 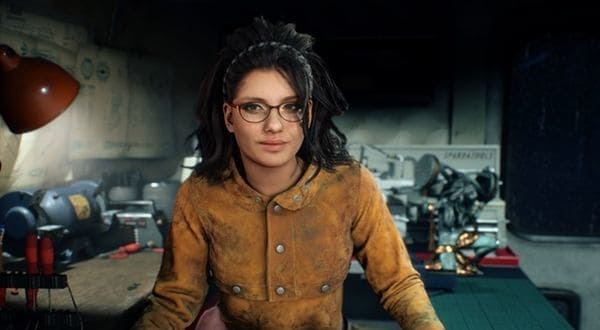 Nico is probably my favorite character due to her hilarious comedic moments. The colorful cast of DMC has their own uniqueness and it is entertaining to see them interact so easily with each other. They feel like a band of misfits trying to save the world. Joking and making light of their plight along the way. The voice cast put on a great performance all around and help keep the game fun. Games like DMC focus heavily on gameplay. However, seeing a hack and slash that actually dedicated time for the story is greatly appreciated.

The hidden jokes and references to pop culture are a total joy. Dante’s dance scene after putting on his hat is great and really shows how silly the game can be. Nico also had a couple of moments where she just nerded out over plenty of demonic items and it felt like a shoutout to every fan who has enjoyed Devil May Cry.

Devil May Cry V is a great game for players who are a fan of the series. It takes a different direction than prior games but it is a refreshing one. The challenges in the different modes and the replay value the game holds leaves fans content with how DMC V turned out. Players who are newer to the series can catch up easily as well. Nico explains who’s who, while small videos are available in the archive section of the game recapping what has happened in the series. New players can understand while not being overwhelmed by the history. Overall, Devil May Cry V is a total blast that almost anyone can enjoy.