Disgaea is a long running series that’s been around for almost 15 years now. The core strategy game mechanics of Disgaea are great. It’s a square-based strategy game with a ton of different unit classes and abilities. Not to mention, a deep need for tactical unit placement to best use your units. However, some of the minutiae surrounding Disgaea 1, and continuing into Disgaea 2, really complicate the pace of the game. 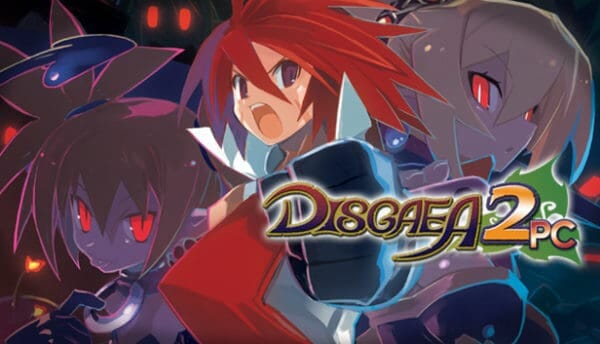 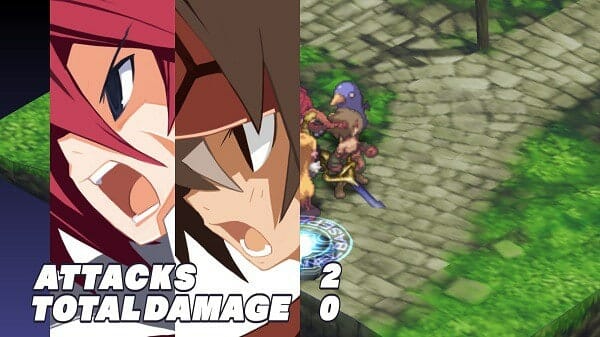 Disgaea 2 places you in the shoes of Adell, who lives in the village of Veldime.  Fifteen years ago an evil demon Overlord named Zenon cursed everyone turning them into demons. Well, except for Adell.  Now that he’s old enough, he ventures forth, in order to slay Zenon. Hoping to restore everyone back to normal. 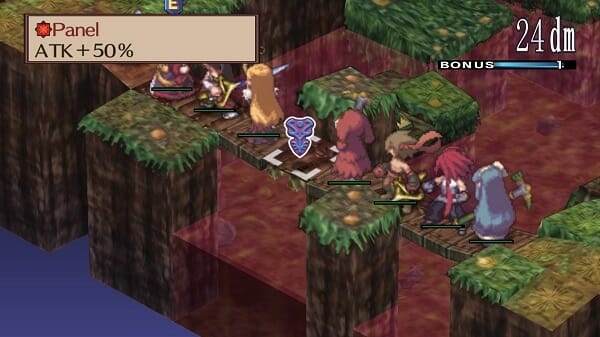 The core mechanics of Disgaea 2 are virtually unchanged from the first Disgaea game.  You still spawn your units out of a blue square. There are still Geo Panels to deal with, and there’s the Dark Assembly and Item World as well. Basically, you have to take out the various enemies in each level until they’re all vanquished. Then, you move onto the next stage.

A mission begins with you pulling units out of the starting square.  There are a few named characters you must use, but the rest of your team is entirely up to you. The game makes it easier to know what units to select, because you can see what other units are on the battlefield.

Each unit has its own move and attack ranges. You move a character and can also perform an action during a turn. So, you can decide to attack, or use a spell, or a technique.  The important thing with Disgaea, is you have to contend with positioning your units next to each other.  This allows you to team up against an enemy with up to five other units in the surrounding area. Just be careful, because enemies can crowd around in the same way. 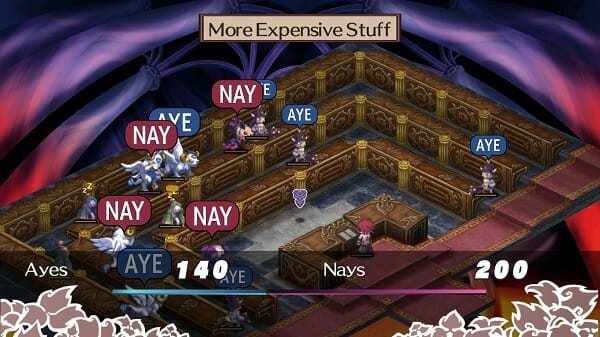 The two unique hooks for the Disgaea series are the Dark Assembly and Item World.  The Dark Assembly is where you have to go to create new units.  Creating basic units just requires mana. Although, in order to create higher level units, you need the approval of a council of various demons.  Some vote yes, some vote no, but you can influence their behavior by a variety of means. Of course, you could always bribe them. There’s also threatening them, or even battling them.  I found this as an interesting hook to create new units. 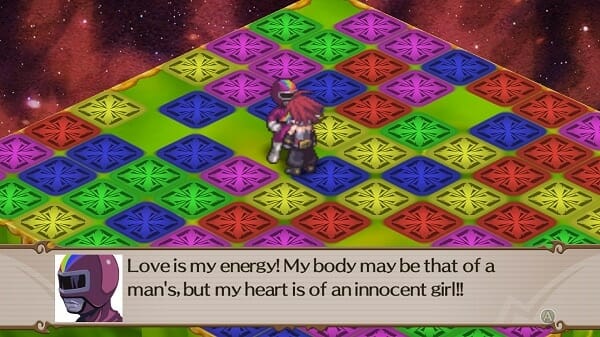 The Item World is a long-standing Disgaea tradition. Honestly, I just can’t wrap my head around why it exists. The crux of it, is that you can go into your items to raise their stats. They are represented as a 10 level randomized sequence of trials.  You can exit at any time with an item, but you forfeit your place in the sequence of levels.  You can also go up another 10 levels, if you so desire.

This really seems like pointless grinding to me.  It’s a Japanese game, so I expect some grinding. However, it just seems really tedious to me.  If it was every five levels, or perhaps for completing one level I could see it working better. I also feel like it doesn’t truly add much to the efficacy of the weapon either, regardless of the levels you go up. Due to this, I ran the item world once, got some useless item, and pretty much never ran it again.

Other Things to Look Out For 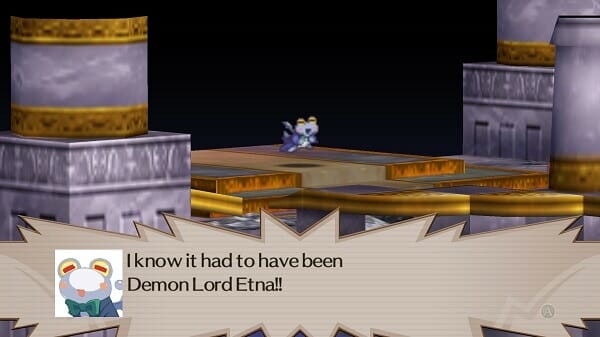 Geo Panels are something else to consider as you play the game.  Certain swathes of land are colored differently and have status effects, both positive or negative on them.  One panel might increase all attacks when you stand on it. While another panel might inhibit ranged attacks.  These effects are controlled by crystals on the colors, and you can change them, by throwing the crystal on a different color, or by just outright destroying them.

Game stability has thankfully been improved since Disgaea 1 on PC.  When I played that game, I ran into a nasty issue where the fourth boss couldn’t be damaged.  I watched videos of the PS2 version and I was the appropriate level, and the boss just could not be hurt.  Other people had issues with Disgaea 1’s gamespeed, controller mapping, etc.  Disgaea 2 has none of those issues and runs like a champ.

Disgaea 2 has a more mature story than Disgaea 1

The core strategic action is varied and fun

Port stability is improved over the first game

There’s maybe too much grinding to get good gear

Overall Thoughts:  7.5 out of 10  The core strategic gameplay aspects of Disgaea 2 are great, with different units countering other types quite well.  I’m still kind of befuddled with the Item World. However, there is a nice tactical feeling in surrounding your enemies and killing them all in one glorious chain of attacks.  Disgaea 2 runs better on PC and has a slightly more nuanced story. I’d recommend this for any Strategy RPG fan or a Disgaea fan who may want to look back at the roots of the series.