Dynasty Warriors Godseekers takes a turn for something a little bit different than its predecessors. Choosing to delve a bit into the Strategy Role-Playing Game realm, while attempting to retain its action roots. It felt like the concept didn’t mix well. Although, Omega Force deserves credit for trying something different. The problem is, it winds up rather underwhelming. 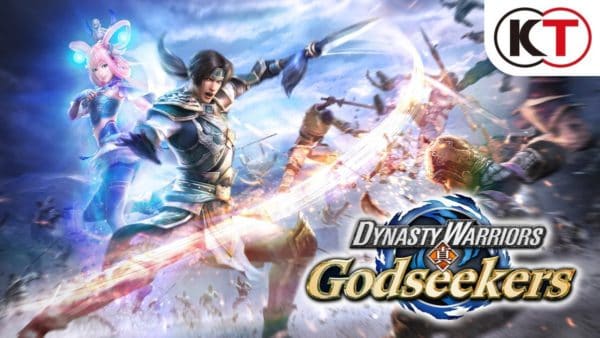 Legendary Characters but not a Legendary Story 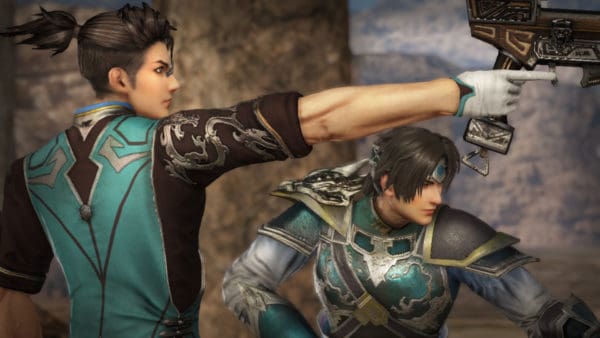 The game is sort of a spin-off from Dynasty Warriors 8: Empires. Following the ancient Chinese setting of the Romance of the Three Kingdoms age. The game uses Zhao Yun as the main character. The game begins with Zhao Yun and his best friend Lei Bin going on patrol for the Shu Kingdom. The Shu Kingdom being a huge setting in the saga. On their patrol, they find a woman crystallized and guarded by foreign enemies. Once the player defeats the enemies, the story begins with Lei Bin freeing her and revealing that she is a deity named Lixia.

Sadly, the story falls apart after this. Especially, if players are new to the series. It’s unfortunate that it doesn’t become it’s own game. Instead, uses the settings and stories from past games to build upon. It follows the generic style of the country trying to unite all the kingdoms to one power. Lixia’s role in everything is more like a peanut gallery. She never lends a hand, except when meeting an optional objective in battle. However, she does comment on every single thing in the game. So, prepare to hear her voice a lot.

A Complete Change in Gameplay 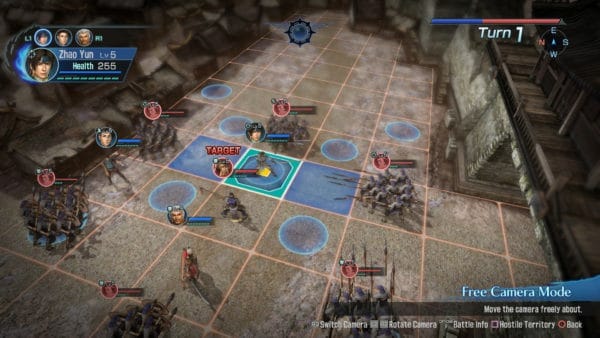 Coming to this version of Dynasty Warriors blind, I was surprised to find that it wasn’t like the past games. Normally, you would take control of a character and fight as the character in a hack and slash manner. Fighting through hordes of enemies at once and eventually getting to the boss character.

Godseekers changed this into a Strategy RPG. So, it plays more like chess, similar to Final Fantasy Tactics or Fire Emblem. It also contains all of the expected Strategy RPG staples too. You have a set number of characters and then move them a certain amount of spaces. The game also uses a world map as a means of travel. Players can adjust character settings and shop for items/weapons as well. You can also visit and revisit locations to complete side quests and storylines. I found this helped a lot in terms of grinding to gain levels. 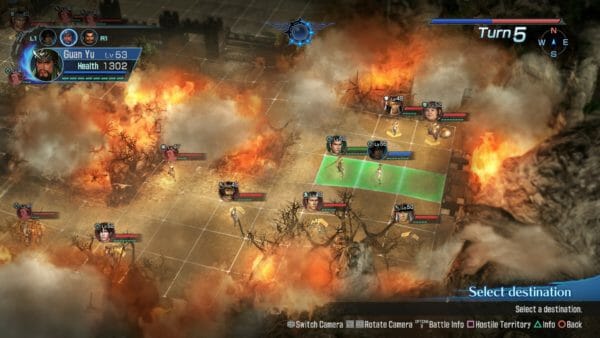 One interesting aspect, is how you unlock new characters. Players make choices to determine who could be unlocked. Some characters are part of the player’s team from scripted events. While others are unlocked by the bond mirror system. All characters can learn EX attacks, which are powerful special moves. These EX attacks are a big factor in winning against enemy troops. In particular, the Synchro and Resonance abilities allow the characters to use their EX attacks in unison. Thus creating a devastating aftermath. 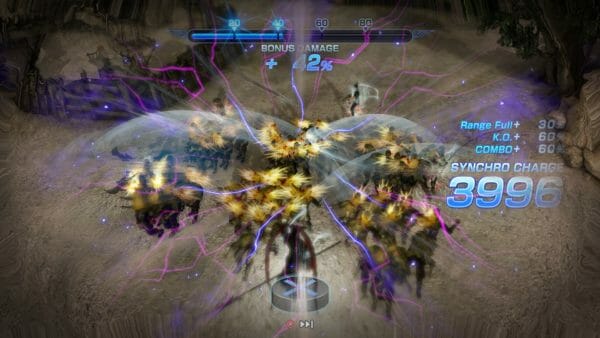 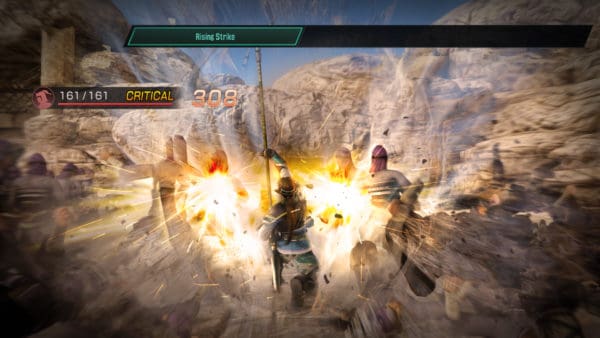 However, I felt that this just didn’t fit Dynasty Warriors. Sometimes, doing things differently doesn’t always mean it turns out well. Regular Dynasty Warriors games do have strategy, but it’s a quick thinking type of strategy. It’s great that I had plenty of time to make decisions. The problem is, the actual strategy in these decisions wasn’t really there. Taking away the essential gameplay elements of a Dynasty Warriors game, to replace it with simple and at times boring strategy is weird. Unlocking characters is interesting. The EX attacks are cool, but those are bit parts of the overall game.

Not to mention, the battles are time consuming affairs, which also drag heavily. The character art is beautiful, but the characters don’t have much substance to them. Something that absolutely makes Strategy games is having an attachment to the characters out on the field. I also found the side quests uninteresting as well. Once I made it through the game, it was hard to want to go back and play it again. Once again, not a great thing for Strategy games.

Does Accomplish The Basics of Strategy

No real substance to characters or story

Outside of the strategy elements, there’s really nothing unique in other areas

Overall Thoughts 5.5 Out of 10 Ultimately, I found the decision to go the Strategy RPG route didn’t quite work. It has all the basics down and does create a challenge. However in the Dynasty Warriors universe it almost leaves you confused as to what they are trying to accomplish. If you own a Vita and are starving for Strategy games, this could work in that regard. Although, perhaps only for people unfamiliar with the series. Dynasty Warriors fans may be left disappointed in the end. It may be best, just to keep replaying past Dynasty Warriors games and wait for the next one.

* For the sake of transparency, the publisher did provide a digital code for review purposes *