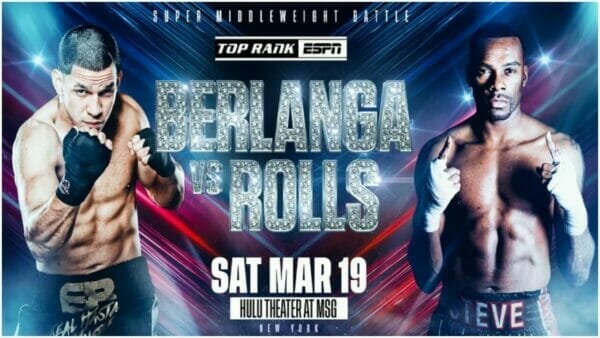 Brooklyn-born super middleweight sensation Edgar “The Chosen One” Berlanga will defend his NABO belt against crafty Canadian Steve Rolls in the 10-round main event Saturday, March 19 at Hulu Theater at Madison Square Garden. Berlanga, whose family hails from San Juan, Puerto Rico, makes his main event debut in his stiffest test to date.