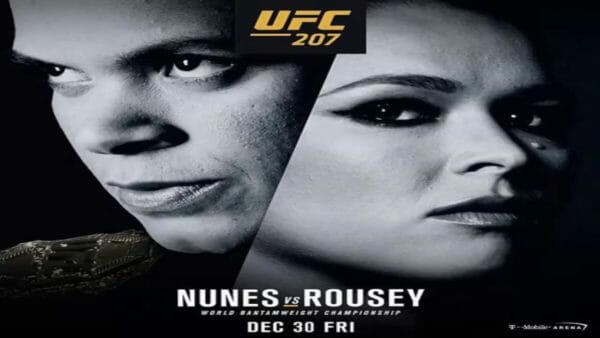 This week, Samer Kadi and Jeremy Lambert do a UFC 207 Preview. This features the return of Ronda Rousey to fight Amanda Nunes. The guys spend nearly an hour discussing the mental state of Ronda Rousey and what it means heading into this fight. They also break down the fight from every angle before previewing the rest of the card, which also includes Fabricio Werdum and Cain Velasquez 2. Samer and Jeremy also discuss the missed opportunity that is Cain Velasquez. HAPPY NEW YEAR EVERYONE!

About Facing the Pain

The W2M Network finally has an MMA Podcast. Thanks to Jeremy Lambert and Samer Kadi. The guys discuss all things MMA. From previews to reviews, to wacky theories, Jeremy and Samer hate-watch MMA like no one else.

Jeremy Lambert covers Total Divas for W2Mnet. Now he brings his years of experience covering MMA (since 2006) to the W2M Network in the form of “Podcast on a Pole.” When he’s not podcasting, he’s probably writing about wacky sports and pop culture theories. You can check out his online archive at Words on a Pole.

Samer Kadi has been covering MMA since 2009. He hates everything about the sport except for what goes on inside the cage. He brings years of experience in fight breakdowns and technical analysis in addition to wrongly predicting the outcome of fights involving the Diaz brothers.