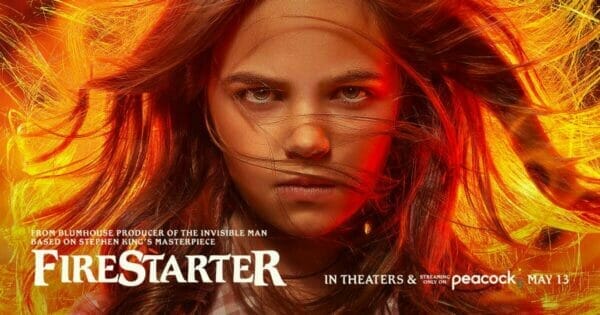 Firestarter is a 2022 American science fiction thriller film directed by Keith Thomas, from a screenplay by Scott Teems, based on the novel of the same name by Stephen King. It is a remake of the 1984 film adaptation of the same name. The film stars Zac Efron, Ryan Kiera Armstrong, Sydney Lemmon, Kurtwood Smith, John Beasley, Michael Greyeyes, and Gloria Reuben. It is produced by Jason Blum and Akiva Goldsman under their Blumhouse Productions and Weed Road Pictures banners, respectively, alongside BoulderLight Pictures and Angry Adam Pictures.

Firestarter was released in the United States on May 13, 2022, by Universal Pictures simultaneously theatrically and through streaming on Peacock.

Check out our other Stephen King reviews.