Gas Guzzlers Extreme debuted on PC back in 2013, but now it makes its way to the console market.  The problem is, it feels like only part of the game has made the crossover.  What’s still there does help fill a void that is missing in gaming where Twisted Metal used to reign.  Unfortunately, it misses the mark on several aspects to push it to the level it should be. 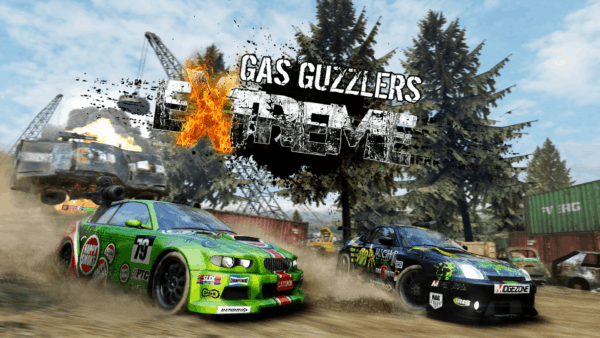 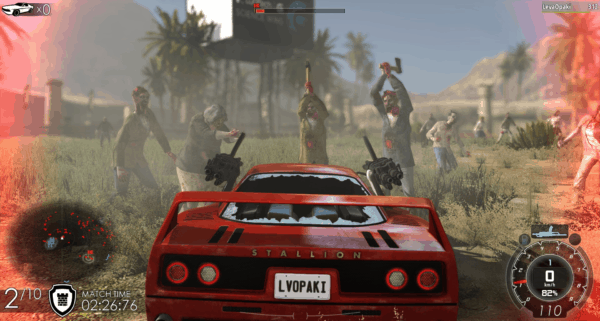 There is a huge elephant in the room when reviewing the console version of this game, the lack of multiplayer.  The charm of games of this genre is the ability to drive around and create chaos with your friends.  Ramming into them. Even shooting missiles in their direction to try to make their car explode.  When you take that out, there really isn’t a lot of replay value, unless you are someone who goes after achievements.  There is a career mode, where you climb the ranks to face harder and harder competition, but it gets repetitive.  This really is the key word for this game unfortunately, repetitive. 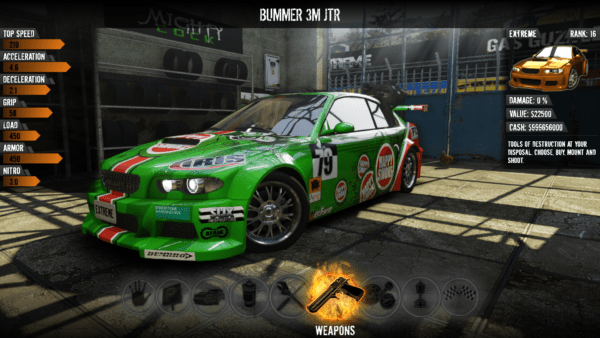 In the career mode, you are signed by a new sponsor and join the first circuit of races. Pick a car and choose one of three game types.  There’s a straight up race, where only power-ups can be used.  Then, there’s a more deadly version of a race, where upgradeable guns can be used.  Finally, there is an elimination style race. Where the last racer to cross the finish line each lap is destroyed.  Each of these race types are also built around the rule that if you explode, you are eliminated.  However, there are enough health power-ups during a race that it hardly ever happens.

Once you complete the race, check the standings board. After that, collect your money and unlock new items.  There are tons to unlock throughout the campaign.  You can unlock brand new cars, tracks, decals, tires and weapons.  Unfortunately, most of the unlockables are cosmetic and don’t effect your gameplay at all.  You then rinse and repeat this process until you move up to first place. This unlocks a final tournament where you have the chance to win the cup and move on to the next level of competition. 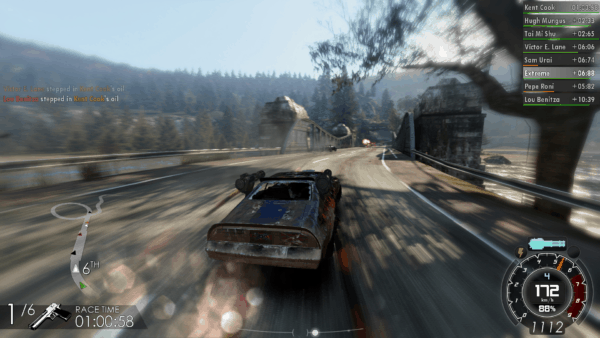 There are random sponsored events that allow you to collect more cash, which I never even came close to running low on that. Not to mention, play different game types.  Most of the match types are based around death matches or capture the flag type games.  Those events do help spice things up throughout the career mode, but in the end it also starts to feel repetitive.  There is even a zombie mode, which is fresh and new the first few times. However, it fades off like the rest of the game. 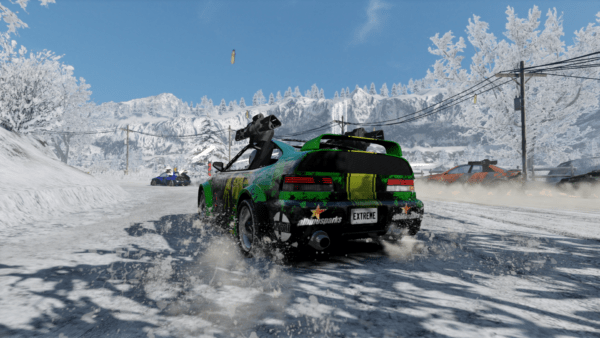 The races themselves are quite enjoyable.  The controls feel tight and the different camera views allow you to race without having to fight with the camera.  The power-ups also add a lot of interesting strategy.  You are never out of the action for too long as the rubber banding is overly apparent.  You could sit at the start finish line for thirty seconds and catch up to the pack far before the finish line.  On the other hand, you could lay down a perfectly placed smoke bomb and pull ahead by five seconds. Only to see them back on the radar by the next turn.  I would normally say this is a flaw, but since its a singleplayer focused game, it is kinda needed.

Ultimately, the game is more about weapon chaos, instead of just racing. Thankfully, the game HUD gives out a lot of information, but never gets in the way. It’s all one can ask for in a racing game. The HUD tells players where other racers stand in the rankings. Where power ups are. Along with your current time and place.  Each race also has three optional goals to help give you other things to do.  These can be anything from record two kills. To hitting six different racers with a land mine. It can even be as simple, as making sure a certain racer doesn’t finish.  I do have one gripe with these. There’s so much information available on the HUD, but seeing how you are doing on the optional goals is nowhere to be seen. 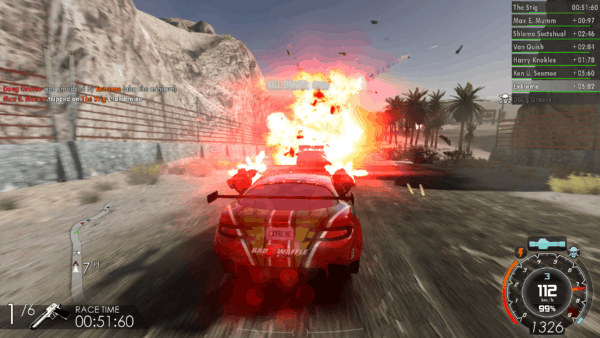 Graphically, the game does show its age.  The graphics are nowhere near on par with some of the games of this generation, and do come off very dated.  There are several different racing locations, but each one is rather generic.  There are races in a desert, on a snowy mountain, and many other locations that you see in every other racing game.  None of them stand out and it makes the tracks all sort of blend together after a while. 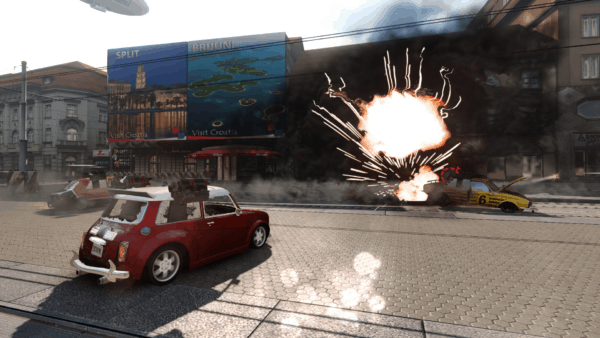 The audio tries its best to be clever and cool, but ends up getting the mute treatment.  The background music is some generic rock. However, you can hardly hear it, because it gets covered up by an announcer who never shuts up. Due to having to throw-in one liners every other turn.  This could also be showing my age, but most of the jokes in the game didn’t hit for me either.  Perhaps its that the jokes are mostly ass and pot jokes.

Tons of unlockables and achievements/i>

Overall Thoughts 5.5 Out of 10: Gas Guzzlers Extreme is a game that worked great on PC three years ago because it had multiplayer features. Hopefully, they add that feature into the console version, as well as some improvements to the career mode to help spice of the gameplay. Unfortunately, in its current state, it feels like an unfinished console port of an older game. The lower price tag helps, but it still misses the mark.

for the sake of transparency: The publisher provided a code of the game for review purposes