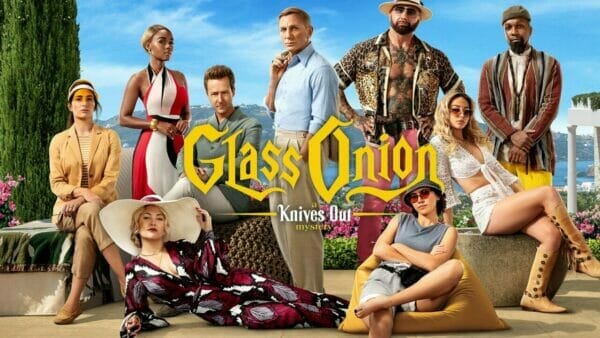 Glass Onion: A Knives Out Mystery (titled onscreen as simply Glass Onion) is a 2022 American mystery film written and directed by Rian Johnson and produced by Johnson and Ram Bergman. It is a standalone sequel to the 2019 film Knives Out, with Daniel Craig reprising his role as master detective Benoit Blanc as he takes on a new case revolving around tech billionaire Miles Bron (played by Edward Norton) and his closest friends. The ensemble cast also includes Janelle Monáe, Kathryn Hahn, Leslie Odom Jr., Jessica Henwick, Madelyn Cline, Kate Hudson, and Dave Bautista.

Check out our other New Movie reviews.