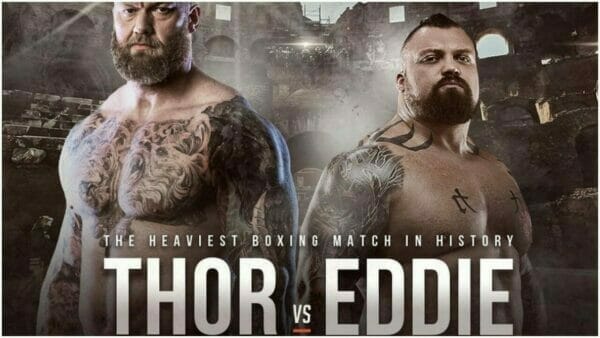 Eddie Hall vs. Hafþór Björnsson, also known as “The Heaviest Boxing Match in History”, is an upcoming boxing match between strongmen Eddie Hall and Hafþór Björnsson. Both have won the strongman competition “World’s Strongest Man” owned by IMG Worldwide. It is the first boxing match for Eddie Hall, fourth for Bjornsson, and prior to Hall’s injury was set to take place on September 18, 2021 at VyStar Veterans Memorial Arena in Jacksonville, Florida. The replacement match in September 2021 was between Björnsson and Devon Larratt in Dubai while the match against Hall was rescheduled to March 19, 2022.