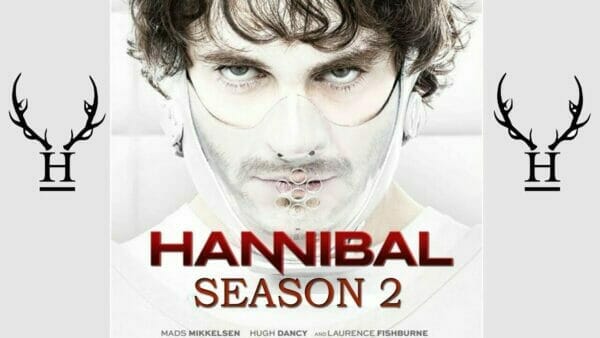 Hannibal 2014 Season 2 starring Mads Mikkelsen as Hannibal Lecter is an American psychological horror-thriller television series developed by Bryan Fuller for NBC. The series is based on characters and elements appearing in Thomas Harris’ novels Red Dragon (1981), Hannibal (1999), and Hannibal Rising (2006) and focuses on the relationship between FBI special investigator Will Graham (Hugh Dancy) and Dr. Hannibal Lecter (Mads Mikkelsen), a forensic psychiatrist destined to become Graham’s most cunning enemy and, at the same time, the only person who can understand him.

Season 2 premiered February 28, 2014 and had it’s finale on May 23, 2014. On Metacritic, the second season scored 88 out of 100 based on 14 reviews, which constitutes “universal acclaim”.[120] On Rotten Tomatoes, the second season scored an approval rating of 98% with an average rating of 9.3/10 based on 45 reviews. The consensus reads: “With powerful imagery and a strong, unpredictable story, season two of Hannibal continues to build on the first season’s promise.” On April 10, 2014, Hannibal was voted the winner for Hulu’s “Best in Show” online competition. The season two finale was met with universal critical acclaim.