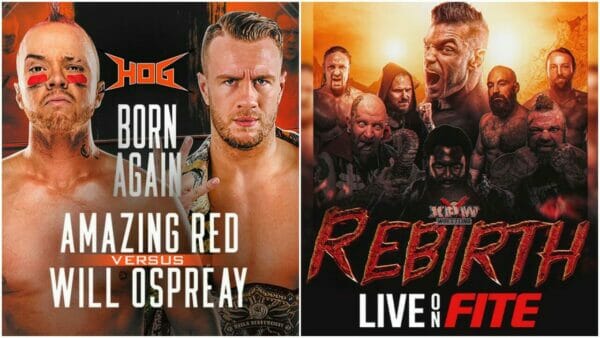 During the summer of 2021, Zicari announced on Instagram and Twitter he was going to relaunch XPW starting with the XPW Rebirth pay-per-view streamed on FITE TV on November 7, in the Main Street Armory in Rochester, New York Eight wrestlers, including AEW wrestling Brian Cage, competed in a traditional single-elimination tournament for the vacated XPW World Heavyweight Championship.

House of Glory held its Born Again event on November 12, 2021, from the NYC Arena in Queens, New York. The show aired on FITE TV. The main event featured the return of Amazing Red vs Will Ospreay!

Grammarly Ad: 36:30
Amazon Music Ad: 1:04:00
For a 30 Day Free Trial of head to Amazon Music Unlimited. Make sure you complete the sign up process. And we also have a special offer for Grammarly.