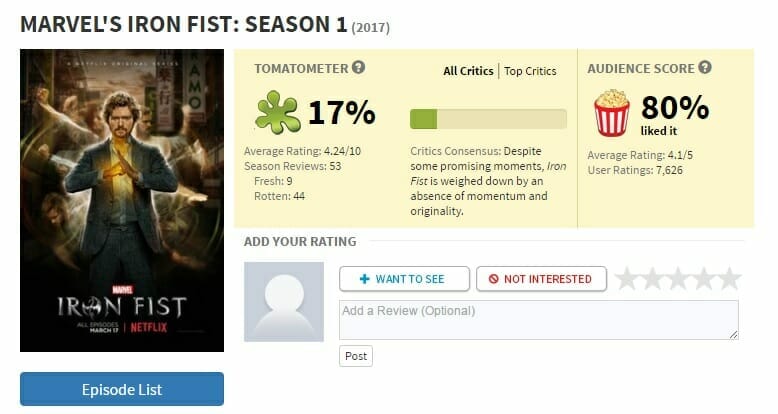 Check out our other reviews related to Iron Fist!

Why the critics are wrong! Iron Fist Season 1 Critical Review and Discussion

Ronnie hosts the Screaming Boy Podcast. It’s a nerd culture podcast that discusses movies, tv shows, comics, video games. It’s basically all things nerd culture. The show started as a movie centered podcast but they decided that they had more interests and that the should be expanded. The guys have a crew of correspondents that deliver great material on every show as well.