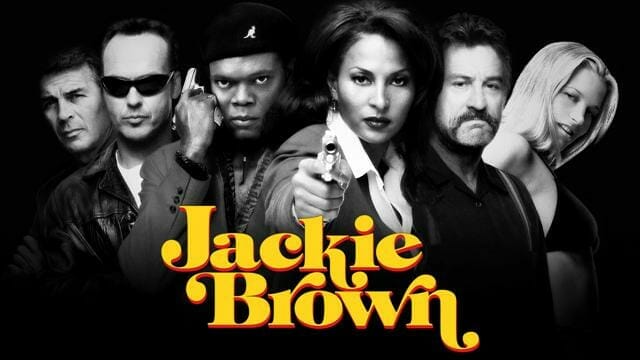 Sean Comer and Mark Radulich present their Jackie Brown 2007 Review! Jackie Brown (2007) is an American crime film written and directed by Quentin Tarantino and starring Pam Grier in the title role, along with Samuel L. Jackson, Robert Forster, Bridget Fonda, Michael Keaton, and Robert De Niro in supporting roles. An adaptation of Elmore Leonard’s 1992 novel Rum Punch, the film pays homage to 1970s blaxploitation films, particularly the films Coffy (1973) and Foxy Brown (1974), both of which also starred Grier in the title roles. As Tarantino’s third directorial effort following Reservoir Dogs (1992) and Pulp Fiction (1994), it is the only feature-length film that Tarantino has adapted from a previous work.

Six players on the trail of a half a million in Cash. There’s only one question… Who’s playing who? Jackie Brown 2007 Review!