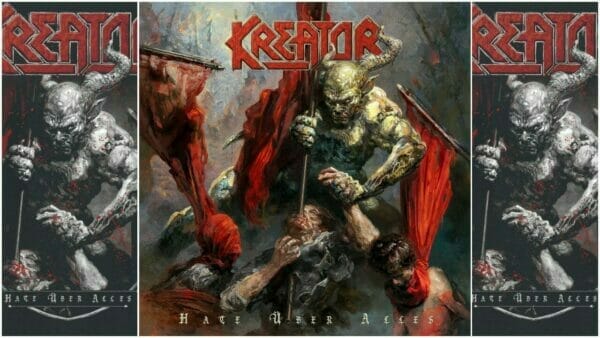 Hate Über Alles is the fifteenth studio album by German thrash metal band Kreator, which was released on 10 June 2022 through Nuclear Blast. Produced by Arthur Rizk, it is the band’s first studio album since Gods of Violence (2017), the longest gap between studio albums in their career, and the first to feature bassist Frédéric Leclercq, who replaced Christian “Speesy” Giesler in 2019.

Check out our other Kreator reviews.