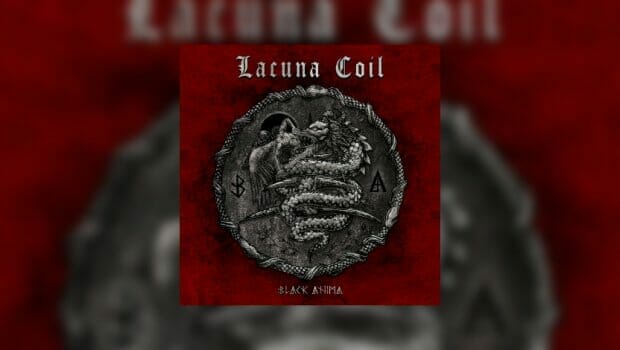 Mark Radulich and Jesse Starcher present our Lacuna Coil Black Anima Review! Black Anima is the ninth studio album by Italian gothic metal band Lacuna Coil. It was released by Century Media Records on October 11, 2019. Recording took place BRX Studio in Milan, Italy. It is the first album to feature drummer Richard Meiz, also part of Italian symphonic death metal band, Genus Ordinis Dei. On July 15, 2019, previous drummer Ryan Blake Folden announced via Instagram that he did not play on Black Anima, nor would he be touring outside of the US. Richard Meiz was officially announced as the new drummer of Lacuna Coil on the Genus Ordinis Dei Facebook page.

The lead single from the album, “Layers of Time”, was released on July 26, 2019. The band embarked on the Disease of the Anima tour to promote the album with co-headliner, All That Remains and special guests, Bad Omens, Toothgrinder, Uncured, and Eximious.