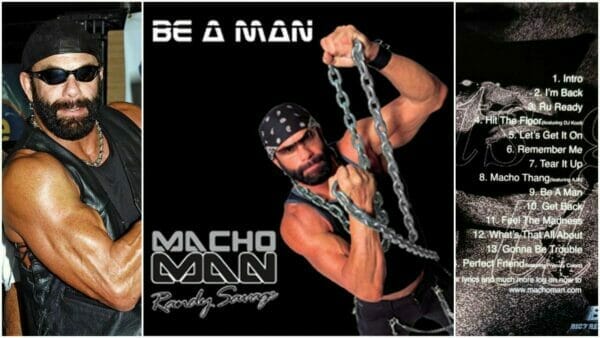 “Macho Man” Randy Savage – Be a Man (2003) is the debut studio album by American professional wrestler “Macho Man” Randy Savage. It was released on October 7, 2003 by Big3 Records. The song “My Perfect Friend” was written as a tribute to “Mr. Perfect” Curt Hennig, while the title track is a diss song aimed at Hulk Hogan.

Check out more of our Randy Savage reviews.