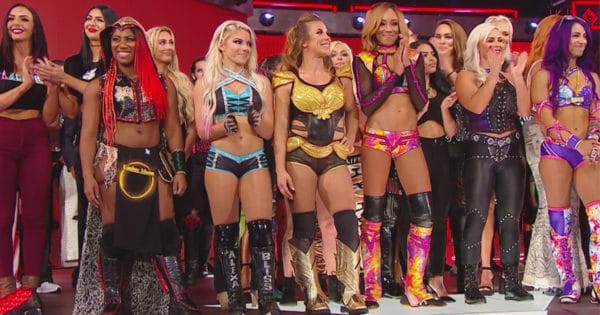 Gary and Sean finally return to do a big Wrestling 2 the MAX episode. Gary’s twins are home, the World Cup is over, and things have settled enough for the guys to get back to business.

The guys spend quite a bit of time discussing the big announcement of the first (for WWE) all Women’s event entitled WWE Evolution. What does this mean for the company? Will it be a regular thing? And what are they excited to see at the show?

They also discuss the impressive WWE Q2 financials. Matt Riddle possibly going to NXT. How the Mae Young Classic 2 is shaping up. Tessa Blanchard doing well in Impact Wrestling, and could a huge WWE star be headed there next? Could Shinsuke Nakamura be headed back to New Japan Pro-Wrestling? Plus, quite a few more things on this W2M episode.