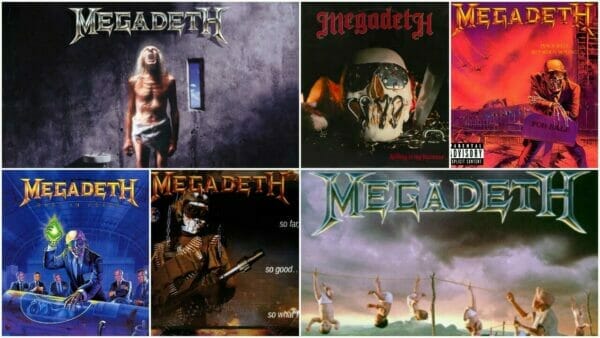 American thrash metal band Megadeth has released fifteen studio albums, six live albums, seven compilation albums, one EP, forty-nine singles, ten video albums, and forty-four music videos. After he was fired from Metallica in 1983, guitarist and vocalist Dave Mustaine formed Megadeth along with bassist Dave Ellefson, guitarist Greg Handevidt, and drummer Gar Samuelson. The band toured and gained a following, signing with the independent label Combat Records in late 1984. Megadeth’s debut album Killing Is My Business… and Business Is Good! (1985), sold very well for an independent release, and the group attracted the attention of major record labels. By the end of the year, the group signed with Capitol Records. Megadeth’s first major-label album, Peace Sells… but Who’s Buying?, was released in 1986.