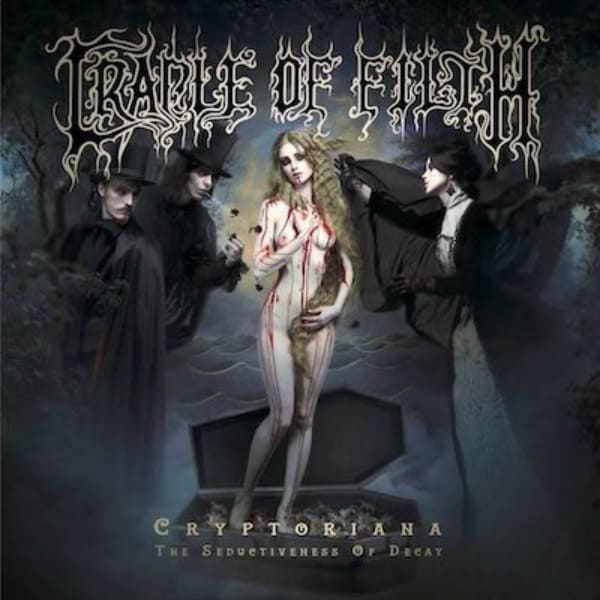 We celebrate the Halloween season on the latest Metal Hammer of Doom, with a review of the latest Cradle of Filth album, Cryptoriana – The Seductiveness of Decay!

Cryptoriana – The Seductiveness of Decay is the twelfth studio album by the British extreme metal band Cradle of Filth. It was released on 22 September 2017 through Nuclear Blast Records.

Dani Filth said the album “is deeply infused with Victorian gothic horror and thus the title is a reflection of that. ‘Cryptoriana’ implies the Victorians’ infatuation with the supernatural, the grave and the ghoulish. And the subtitle, ‘The Seductiveness of Decay’, further cements this attraction to death and the glittering lengthy process of self-annihilation”.

The first promotional single, “Heartbreak and Séance”, premiered alongside an accompanying music video on 11 July 2017.

The second single, “You Will Know the Lion by His Claw”, premiered together with a lyric music video on 8 August 2017.

The third single, “Achingly Beautiful” was also released in conjunction with a lyric video on 15 September. Vocalist Dani Filth stated the single “has a very old-school Cradle vibe.” and compared it to the song “A Gothic Romance” from the album Dusk and Her Embrace.

Metal Hammer of Doom: Cradle of Filth: Cryoptoriana: The Seductiveness of Decay