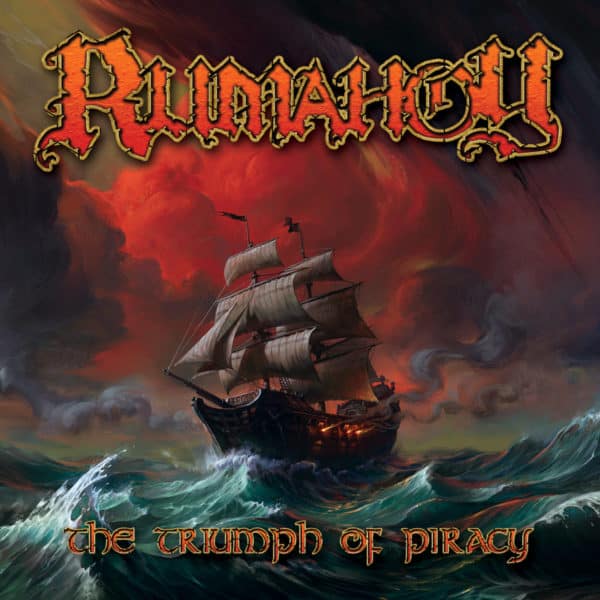 The Metal Hammer of Doom crew take on the latest pirate metal band, Rumahoy, as they review their latest album The Triumph of Piracy.

The pirate metal-ravagers of Rumahoy fire off their debut The Triumph Of Piracy into the seven seas. Bustling Pagan Metal-riffing mixed with exotic ancient instrumentation. Beware of dancing peg legs when Captain Yarrface asks for a fervent “Forest Party” and hook into each other and sway to and fro until your parrot goes overboard. RUMAHOY produce melodies that run like the swell of stormy seas. The rough and rugged chants of their sea chanties will have you shivering. If pirates can sing about “Netflix and Yarr” you can sing along as well with Rumahoy. Believe it or not: Pirates are real. And you cannot escape.

The ocean’s finest devils are off to get you landlubbers. And they will!

Metal Hammer of Doom: Rumahoy: The Triumph of Piracy Review