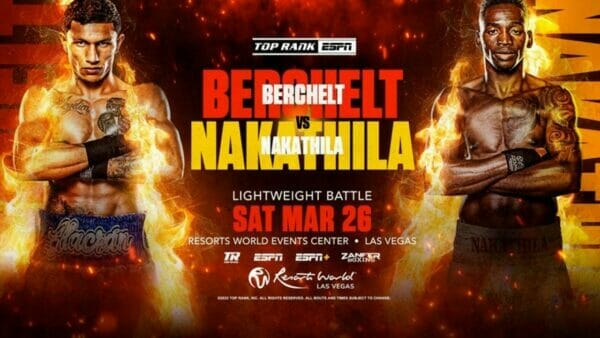 Berchelt-Nakathila marks the debut sporting event at Resorts World Las Vegas, which opened June 2021 as the first integrated resort to be built on The Strip in over a decade.