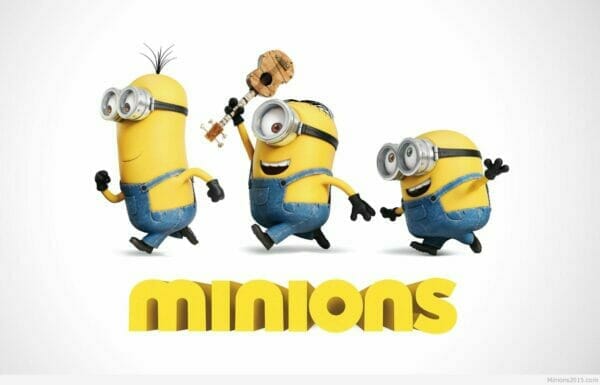 Robert Winfree and Mark Radulich present their Minions 2015 Movie Review! Minions is a 2015 American computer-animated comedy film produced by Illumination Entertainment and distributed by Universal Pictures. It is the spin-off/prequel and the third installment overall in the Despicable Me franchise. Directed by Pierre Coffin and Kyle Balda, produced by Chris Meledandri and Janet Healy, and written by Brian Lynch, the film stars the voices of Coffin as the Minions (including Kevin, Stuart, and Bob), Sandra Bullock, Jon Hamm, Michael Keaton, Allison Janney, Steve Coogan, Jennifer Saunders, and is narrated by Geoffrey Rush.