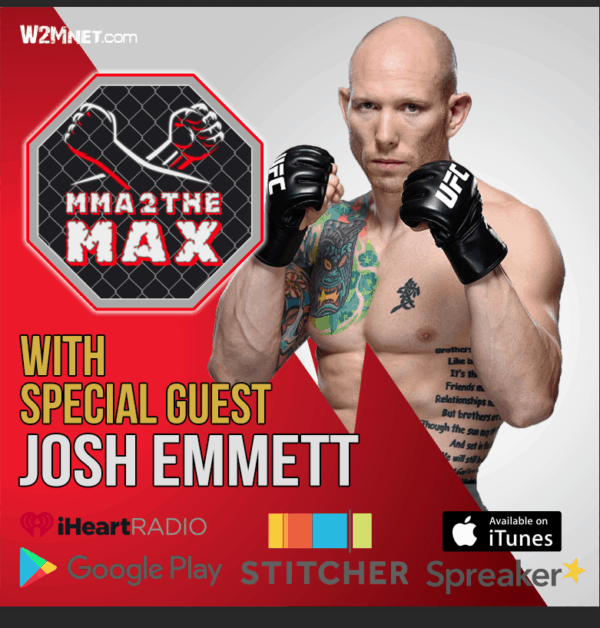 On this episode of MMA 2 the MAX, Robert Taylor and Riverside Joe Hudson sit down and have a chat with #4 ranked UFC featherweight, Josh Emmett. The guys talk with him about his knockout upset of Ricardo Lamas. His upcoming main event with #8 ranked Jeremy Stephens, and more!

Sadly, no Beer of the Week this time, as your host is down with the sickness. Excuse the scratchy voice!