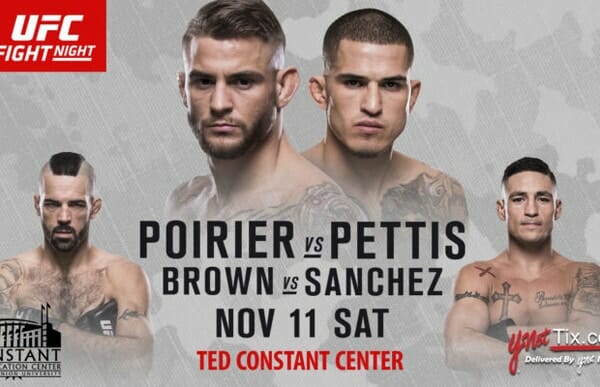 On this episode of MMA 2 the MAX, Robert and Riverside Joe discuss the results of UFC Fight Night: Poirier vs. Pettis! Did Poirier score the biggest victory of his UFC career? Or, did Pettis turn back the clock and gain a very much needed victory?

We also preview the upcoming UFC Fight Night: Werdum vs. Tybura. Will Werdum make it 2-0 on short notice fights? Or will Tybura get the upset in the biggest fight of his career?

Also, we go in depth on the Conor McGregor fiasco. Should he be suspended or was it justified? Will he ever fight again?

And finally, we announce our Beer of the Week!

An MMA podcast, focused on reviewing fights from UFC, and sometimes Bellator! Listen as hosts Robert Taylor and Joseph Hudson discuss the UFC fights right after they happen, sometimes in sloppy drunken detail! They’ll also discuss the biggest news, from fight announcements to major signings! Not to mention, they give you their thoughts on weigh-ins, outside the fighting world stuff, and much more.