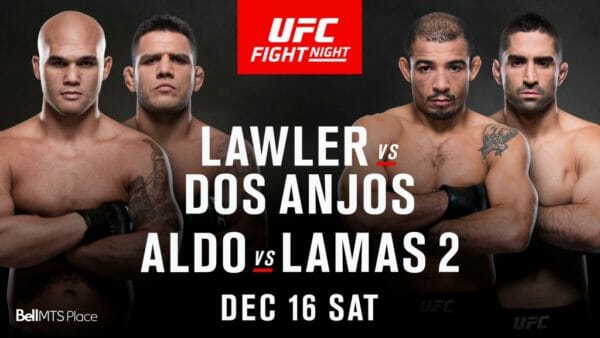 On this episode of MMA 2 the MAX, Robert Taylor and Riverside Joe Hudson discuss the results of UFC on FOX: Lawler vs. Dos Anjos. What did we think of the the absolutely dominant performance put in by former Lightweight champion, Rafael Dos Anjos? Is Tom Lawler finished as a top welterweight contender? Was the Emmet knock out of Lamas a contender for Upset of the Year? Or was it just a case of just getting caught? Was Ponzinibbio vs. Perry the FOTY contender we all hoped it would be? What’s next for the winner?

Also, we preview the year end PPV, UFC 219: Cyborg vs. Holm, two weeks early as we are off Christmas weekend! Who wins this megafight showdown? Does Holm have a chance?

Finally, as always, we name our Beer of the Week! Enjoy!