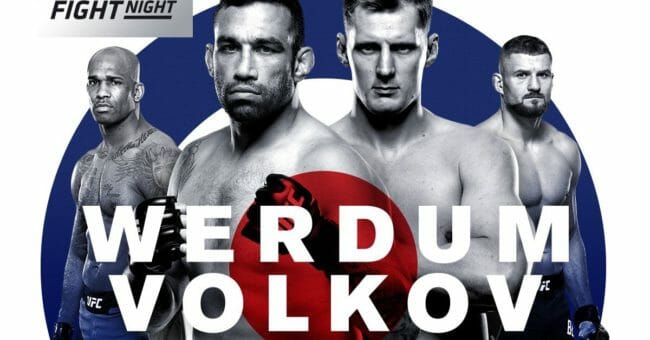 On this episode of MMA 2 the MAX, Robert and Riverside Joe discuss the results of UFC London: Werdum vs. Struve!

Did Werdum continue his dominance over all up and coming heavyweight fighters? Or, did Alexander Volkov break the ceiling of heavyweight contenders that many before him failed to do so? In the co-main event, was Jimi Manuwa successful in defending his #4 LHW rankiing against #11 ranked Jan Blachowicz, whom he defeated years prior? Plus, we announce a third appearance for next week from Titan FC Flyweight and Bantamweight champion, Jose “Shorty” Torres! And, as always, we announce our Beer(s) of the Week!