In a war-torn era, the spirit world collides with the mortal realm. Full of high intensity that defines fate and history. Nioh is an amazing game that mixes the difficulty of the Dark Souls series and uses actual history to create one of the most mesmerizing games this year. All while controlling Sir William “Anjin,” Japan’s first Western Samurai. Along the way, players fight against Yokai and meet real historical figures from Japan’s Sengoku Period as well. 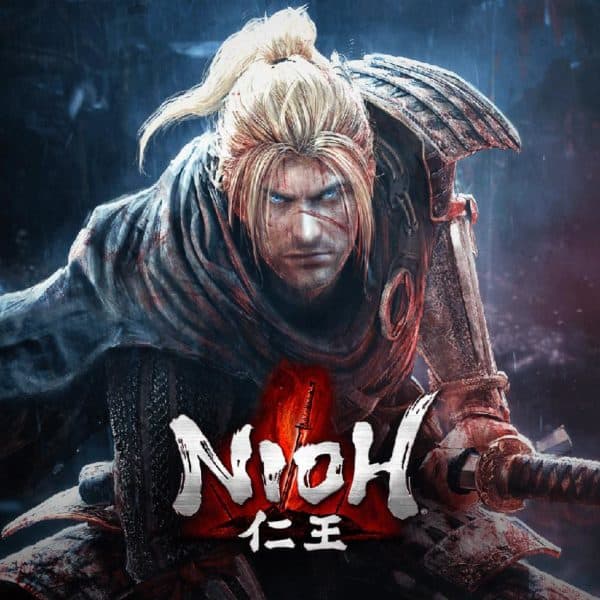 A Beautiful Setting in a Dark Past 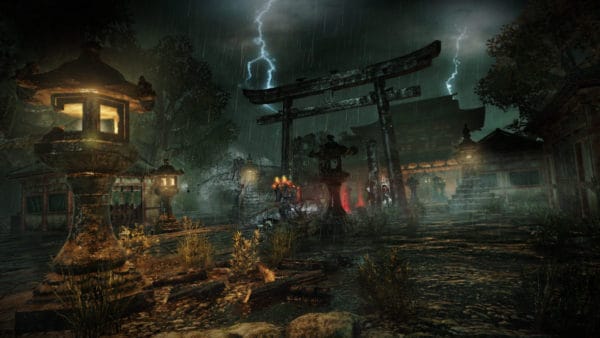 Enter the main character, William, an English pirate. His quest is chasing after Edward Kelley. An alchemist who supposedly turns lead into gold. Kelly journeys across Japan for his guardian spirit Saoirse. Saoirse, like other guardian spirits, has the ability to track down powerful stones called Amirita. Stones so powerful they could turn the tides of war. Kelley is in search of the stones on behalf of England, who seek control of the world. 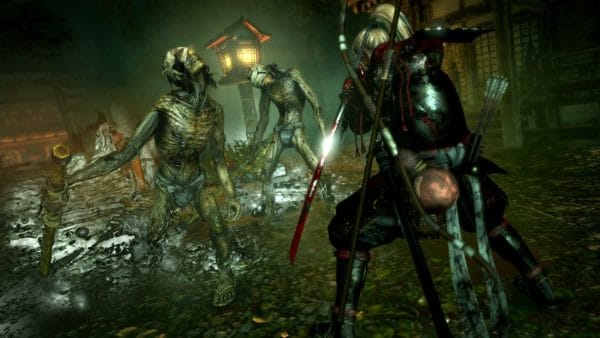 What awaits William is a land infested by monsters and demons known as Yokai. He even meets legendary yokai like the oni’s. As well as legendary bosses like the Yuki-onna.The game does an almost perfect job in creating beautiful and dark landscapes of Japan. While also mixing elements of history and legend together. Hattori Hanzo and Tachibana Ginchiyo are just some of the historical figures that appear in Nioh. Making them standout with a unique look that mirrors their ancient paintings. The Amrita memories players achieve by completing missions also have backstories and cultural background for them too. Helping you learn about shrines, landmarks, and even customs they followed. There’s also a yokai directory for learning about some of the Yokai legends as well. 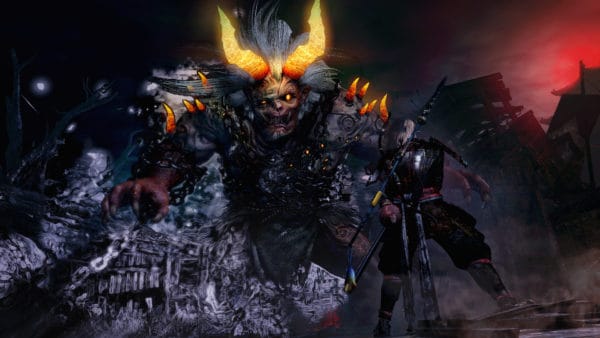 Nioh get’s compared a lot to Dark Souls with good reason. Not just in tone, or a similar setting, but also in difficulty as well. Enemies can read a player’s movements, which forces you to change attack patterns in combat. However, what matters most is how you customize William. Players can choose weapons they feel the most comfortable with, but later can change them depending on the situation. You’ll probably want to master several weapons though because they are more like statistical choices.

For example, I started with the kusarigama and the spear as my main weapon. I chose those weapons because they have higher starting stats. Making another Dark Souls comparison, Dark Souls forces players to stick with weapons they choose from the very beginning. You can try to change weapons, but if not careful, but that mostly results in rougher challenges. Basically forcing you to go back to your original weapon anyway. Thankfully, Nioh follows the samurai code.

Fighting With a Samurai 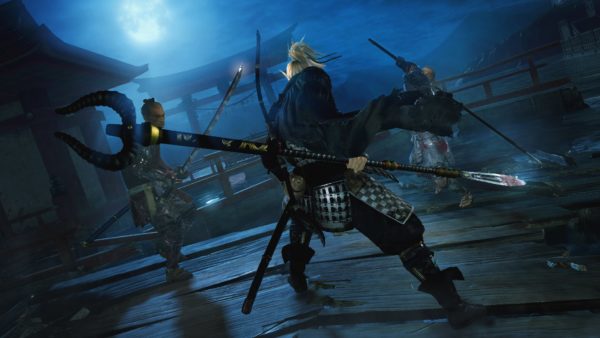 The Samurai code asks for Samurai to master more than one weapon. Meaning, players can change weapons freely in battle. Making fighting tough enemies a lot easier. And also removes equipment requirements as well. This lets players focus more on acquiring skills, weapons, and armor. Without suffering a penalty for using them. Skills can be acquired by raising prestige or by using items to get points.

The leveling system is also really cool. Players collect Amrita stones in order to level up. This is done by defeating enemies, bosses, and even collecting items. Players can go to shrines and use their Amrita. While there, you also meet cute spirits called Kodama. Hunting Kodama grants William special perks, which is actually a pretty cute and comical feature of the game. 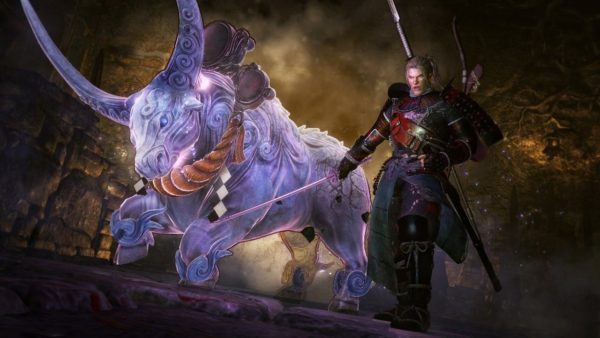 Another favorite feature of mine is finding the guardian spirits. Players can not only collect and learn about the different spirits that guard over people, but their power also plays a huge factor in winning battles. Personally, I liked Mitzuchi, a sea dragon-like spirit the best. These elemental creatures can be acquired as rewards for completing missions, or from meeting new people in the world. 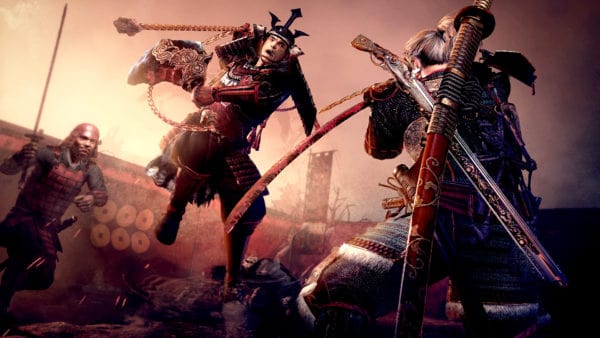 The multiplayer for Nioh is a fresh experience not seen in most games. If a player dies, other players can see their graves. The graves are blood red swords known as revenants. While they are not exactly PVP, another player can summon an A.I. version that knows the exact same movesets of the dead player.

Another multiplayer aspect is the co-op. Players can only summon one friend to their mission. Providing that they’ve finished the said mission in their own game. This forces player’s to only ask for help when really needed. Due to that, bosses and regular monster levels don’t change at all from the normal singleplayer. However, the co-op still remains balanced overall.

Other Parts of Multiplayer

Multiplayer also has clan battles, which allow you to complete missions on a higher difficulty. Using the Torii Gate, players can form parties with friends and go on attack missions. Then, you can go to the Hidden Tea house and join clans to compete with others for reputation and glory.

Great portrayal of historical figures and their backstories

Combat systems mirror the skills of an actual samurai

Difficulty doesn’t differ much in co-op on normal missions.

Bosses doesn’t feel like tedious tasks, instead of epic wins.

Overall Score: 9.0 Out of 10. Nioh is an amazing game that can be replayed over and over again. I loved the intensity of the battles. The accurate portrayals and overall design of the characters is fantastic. The boss battles are truly memorable. While also at times being rather grotesque. The multiplayer is also a fun and different addition. I just loved Nioh, and think you should try it out, even if you aren’t a Dark Souls or Bloodborne fan.