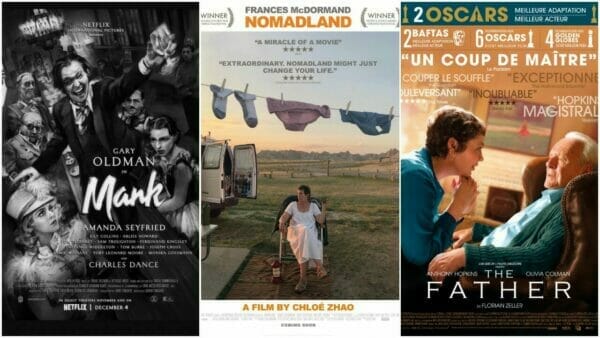 Robert Winfree and Mark Radulich review three Oscar winning and/or nominated films while also discussing the bifurcation of the theater experience: Nomadland/Mank/The Father. First up is Nomadland 2020 from Hulu. Then we move on to Mank 2020 from Netflix. Finally we review The Father 2020 (PVOD).