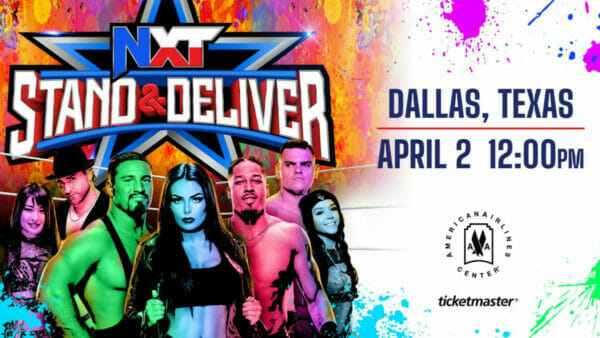 The 2022 NXT Stand and Deliver is the upcoming second annual Stand & Deliver professional wrestling live event produced by WWE. It will be held primarily for wrestlers from the promotion’s NXT brand division. The event will be available to stream through Peacock in the United States and the WWE Network internationally. It will take place on April 2, 2022, as part of WrestleMania Weekend at the American Airlines Center in Dallas, Texas.

Check out more of our NXT Podcasts!