Many of the players who feature on the United States Men’s National Team are playing professional football in Europe.Although, it might be to the displeasure of many folks. For a long time, Current USMNT head coach, Bruce Arena, felt this way. Arena held the belief that national team players should be American, as he stated in 2013.

“Players on the national team should be – and this is my own feeling – they should be Americans. If they’re all born in other countries, I don’t think we can say we are making progress.”

Ouch. Arena, also a former head coach of the Los Angeles Galaxy in Major League Soccer, always stressed the importance of being “American” and playing in the domestic league. Arena has made plenty of comments about how the league will only grow if USMNT players are MLS players. 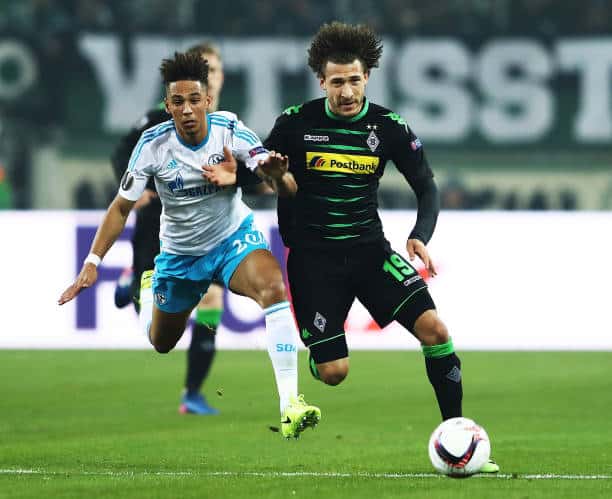 However, that’s just simply not good enough. The United States Men’s National Team hosted the Serbian National Team‘s second-tier squad, back in January. The score ended in a dismal 0-0 draw.

The only players called into that camp were either from MLS or Liga MX. Since the match was just a friendly, and not a FIFA regulated event, the USMNT were not allowed to call-in European players due to their season being in full swing.

A whole group of MLS players couldn’t score against a second-tier Serbian team. This is not the type of national team that can go and qualify for a FIFA World Cup.

There is no doubt that The MLS is growing. However, the league’s number of teams (22,) tends to worry me, as does their “need” to expand to have 28 teams. In Europe, it’s rare to find a league with more than just 20 clubs.

Europe is where all of the elite athletes are. Lionel Messi, Neymar, Thomas Muller, Robert Lewandowski, just to name a few. Sure, big names are coming to the MLS, like Bastian Schweinsteiger signing with the Chicago Fire. However, that just adds to the rap sheet that the MLS is seen as a “retirement” league.

Looking at U.S. Players in Europe

Plenty of USMNT players are getting the best coaching available and the better competition in Europe. Look at Fabian Johnson, current playing for Borussia Monchengladbach. Johnson has gone to the UEFA Champion’s League and scored with ‘Gladbach. He’s done so well there, they are in talks to renew his contract for another four years. Another USMNT player who just recently renewed a contact, is Borussia Dortmund young star, and future face of the USMNT, Christian Pulisic.

Look at the United States Women’s National Team as well. Crystal Dunn was the face of the National Women’s Soccer League‘s Washington Spirit for the longest time. However, Dunn wanted a challenge, and left the Spirit this last transfer period. She went on to sign with Chelsea Ladies in England. Heather O’ Reilly followed suit by signing with Arsenal Ladies in England.

Also, Alex Morgan of the Orlando Pride and Carli Lloyd of the Houston Dash went on loan to European clubs as well. Olimpique de Lyon and Manchester City Ladies respectively. Both stated they wanted a challenge that they weren’t getting in the NWSL.

Mallory Pugh, who just decided to leave UCLA to turn professional, has all eyes on her right now. Technically, the Washington Spirit own her NWSL rights, but Pugh has made it clear that the Spirit isn’t where she wants to go. Pugh wants to go to the Portland Thorns, where five other USWNT players reside. However, the Spirit and the Thorns have beef, so it’s unlikely that Pugh will go there. Now, she’s looking overseas at her options. A name brought up in conversation is Paris Saint-Germain‘s women’s club.

Clearly, it’s easy to see that European football is certainly more experienced, elite and better coached than the MLS or NWSL. Both leagues continue to grow, and possibly can become an elite league throughout the world, some day. However, right now, the challenge presented by the European clubs is still very much needed.

Be sure to read other articles from Rachael at her Kicking it With McKriger blog. Also, you can listen to her, Erik Watkins and Sean Garmer each week as well. Right here on W2Mnet.com or I-Tunes, Youtube and more on the Soccer 2 the MAX Podcast.