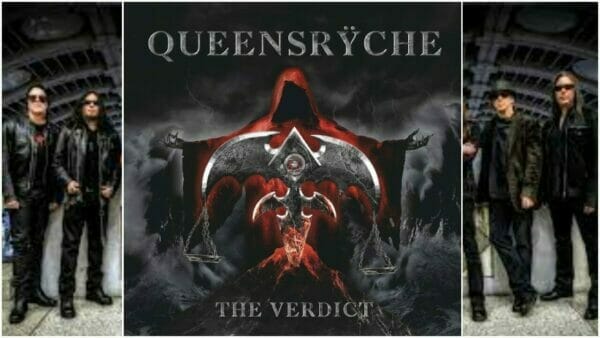 Mark Radulich and Jesse Starcher present our Queensryche The Verdict 2019 Album Review! The Verdict is the fifteenth studio album by American heavy metal band Queensrÿche. It was released on March 1, 2019, through Century Media. It is the third studio album recorded with vocalist Todd La Torre, who additionally performed drum parts on the album due to the absence of drummer Scott Rockenfield, and the band’s last album with rhythm guitarist Parker Lundgren. The record was produced by Chris “Zeuss” Harris.

The first single from the album, “Man the Machine”, was released on November 16, 2018. This was followed by the second single, “Dark Reverie”, on January 11, 2019. Additionally, a music video was made for “Blood of the Levant”.