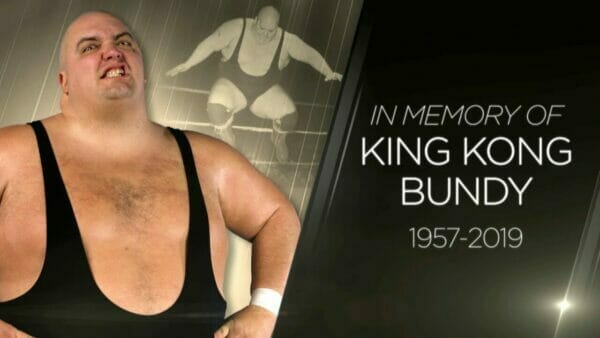 King Kong Bundy 1957-2019 was an American professional wrestler, actor and stand-up comedian. He appeared in the World Wrestling Federation (WWF) in the mid-1980s and mid-1990s and wrestled in the main event of WrestleMania 2 in 1986, facing Hulk Hogan in a steel cage match for the WWF World Heavyweight Championship. He also headlined the inaugural Survivor Series in 1987, as well as the first edition of Extreme Championship Wrestling’s flagship event, November to Remember, in 1993.